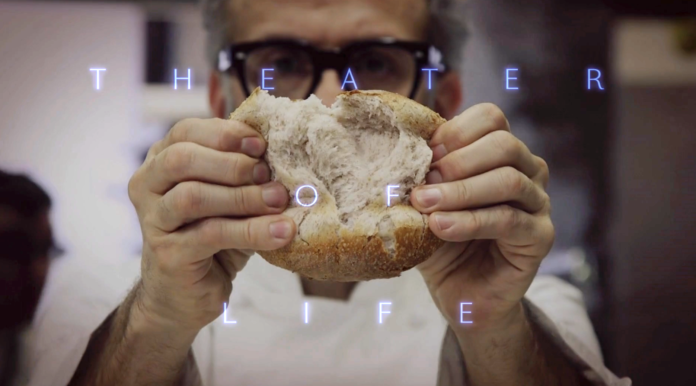 About a month ago, Netflix released a documentary called Theatre of Life. The film follows Massimo Bottura, a world-renowned chef as he tries to tackle food waste. His restaurant Osteria Francescana was named best restaurant in 2016 and was even featured on the Netflix series Chef’s Table. He asks, what if we could tackle hunger with food waste?

You might be thinking, that sounds disgusting. And you’re right, but not for the reason you think. Studies estimate that about 40% of our food is thrown away each year and yet millions are suffering from food insecurity around the globe.

The movie follows Massimo and a rotating roster of world-class chefs who take food waste and create 5-star dishes. He planned to intercept the food waste from the Milan Expo which was happening at the time he began his project. Instead of allowing the food to be thrown away, he would take whatever was uneaten at the end of the day and use it to create incredible dishes.

When Massimo created his “soup kitchen” known as Refettorio Ambrosiano, he wanted it to feel warm and grand. He hired artists and architects to re-purpose an abandoned building in one of Milan’s most impoverished neighborhoods called Greco.

To me, the most poignant thing about the film was not the creation of these magnificent dishes or a beautiful gathering space. I credit the filmmakers for making the focus of the film on the people who lived the realities of food insecurity each day.

One of the guest chefs very aptly recognized that “People want to feel belonging and people want to feel recognized for who they are.” Fawaz, a Jordanian immigrant, suffered from amnesia which led to him losing his job. He reminds us that while initiatives such as this may look great on the surface. It is important to be critical as he reminds us “The chefs, talk about tables, talk about Expo, talk about everything. But they don’t talk about our problems. […] I feel like an object. Not a person.”

At the end of the day, all of us have a basic human need for social belonging. This “soup kitchen” hopefully extended beyond merely giving away free meals to people, but instead gave them a place where they created community and were no longer seen as invisible.

Today, Massimo and his wife created the “Food for Soul Foundation” to develop more refettorios such as this one around the world. He opened Refettorio Gastromotiva alongside Brazilian chef David Hertz in an effort to continue tackling food waste.

Featured image via screengrab of Theatre of Life