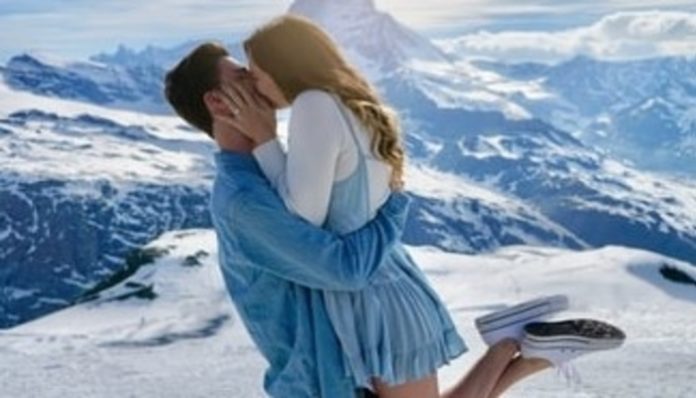 Wedding season is kicking off soon, which  means that your boyfriend could “pop the question” soon. It’s no secret that proposing is a nerve-wracking task for any man, and it can take over men’s lives. If you think that your boyfriend is preparing to propose, take note of these five signs that a proposal is on the way:

1. He won’t stop talking about the future.

If he wants to propose, your boyfriend might bring up your relationship and ask you questions about where you see yourself in the future. Your boyfriend might fixate on deeper issues than usual, like having kids, buying a house, and figuring out your career paths.

Your boyfriend probably wants to discuss these things because he wants to make sure that you have a strong commitment to the relationship. If you’re already practicing habits to form a rock-solid relationship, you should have nothing to worry about. However, marriage is a lifetime commitment, so seeing your partner express his concerns about your relationship could be a sign that he’s ready to settle down.

Proposing is one of the most nerve-wracking moments of any man’s life, so it’s likely that your boyfriend will seem anxious if he’s planning to pop the question soon. Along with all of his anxiety, nerves, sweats, you’ll most likely be able to pick up on other small changes in his behavior. Chances are, he’ll constantly tell you how much he loves you and how valuable you are in his life, even more  than usual. Any man going through the “proposal” stage will be vulnerable with you, so make sure that he knows that you care just as much for him as he does for you.

3. He starts cleaning up his look.

If your partner’s thinking about proposing, he may focus on looking his best. If he’s looking extra spiffy with a new wardrobe to adjust his style or a new shaving kit and products to upgrade his grooming, he may want to show that he’s putting in just as much effort as he did at the beginning of the relationship. He also might want to look presentable if he’s hired a photographer to capture the big moment.

4. He’s planning an expensive trip for later this year.

It’s common for men to propose while they’re on vacation with their significant others. After all, is there any place more romantic than a beach at sunset or the streets of a romantic European city? So if your boyfriend starts talking about planning a “couple” vacation somewhere lavish, it could be because he wants to pop the question in an exotic locale. If your boyfriend splurges on an expensive vacation for this summer or fall, something magical may be on the horizon.

5. He starts caring about his savings.

Weddings are expensive, and so are engagement rings. If you notice a change in your man’s saving habits, he may be prepping to buy a ring. Depending on your boyfriend’s lifestyle preferences, his spending habits now may signal a proposal later. For instance, if he normally likes spending time with you out on the town, realize that a low-key date night may be your partner’s way of looking out for his bank account. If you notice these habits, encourage his new behavior, especially if you plan on saying “yes!”

If you think that your partner may be preparing to propose, remember our favorite tips you should know before saying yes. But most importantly, remember to embrace the big moment and celebrate your love for your partner.