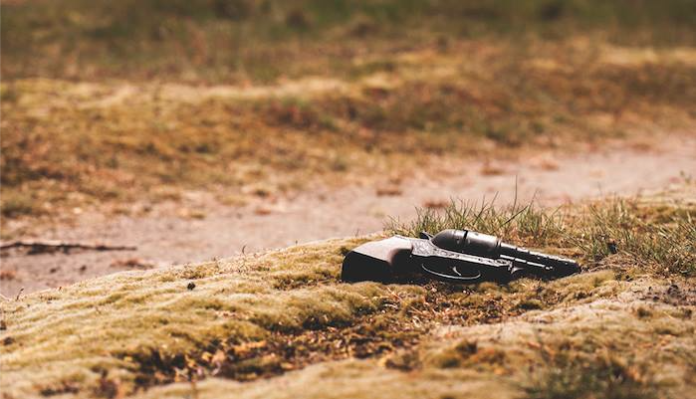 Once again, with news of the tragedy in Orlando, we find ourselves at a crossroads. Another mass shooting in America has forced us to re-evaluate our national identity and decide if we are a nation that is courageous enough to recognize the crisis that we have on our hands and do something about the amount of gun violence the United States experiences.

This is not a black and white world and this is not a black and white issue. There are subtleties and nuances and we have to begin to have a real discussion about these issues and come to a middle ground, a place of compromise. We need to stop arguing about what the “sole” issue is. This can be about mental illness, religion, and guns all at the same time. There are many factors at play and all factors need to be considered.

It’s time to stop ignoring the fact that guns are a real American epidemic. According to a study by the American Journal of Medicine in 2015, US homicide rates were 7 times higher than in other high-income countries, driven by a gun homicide rate that was 25.2 times higher. There is something wrong with that picture. Unless you genuinely believe that Americans are naturally more unhinged, mentally ill, or evil than the people in every other developed country, you have to admit that there is a correlation between the amount of guns owned by civilians, the lack of control, and the amount of gun related deaths. This isn’t a coincidence.

The most common argument from gun defenders after a tragedy like this is that people kill people, not guns. Yes, there is a sick person pulling the trigger, but that sick person should not have had access to a deadly weapon in the first place. The man who murdered 49 people and injured 53 others in Orlando, resulting in the deadliest mass shooting in US history, was an American citizen who legally bought a high-powered assault rifle, which he used to mow people down like he was in a video game. This man was on the terror watch list, being observed by the FBI for suspicious activity, and STILL was able to easily buy a gun. Why? Because the Republican members of the Senate, funded by the NRA, refused to pass a bill which would have prevented him from purchasing firearms.

In what universe does this make sense? There is absolutely NO reason for someone to oppose deeper background checks. Why would you not want to prevent someone with a history of severe mental illness who was considered to be a threat to other people, or someone with a criminal record from buying a high-powered assault rifle? If we think about what is required of every citizen to operate a vehicle, it is crazy to think that we wouldn’t also require those same tests, regulations, and registration policies for gun owners.

I’m not saying that guns are the only problem. Mental health, radical extremism, these are problems that need to be addressed too. But the people who are mentally ill or have extremist ties are using guns to slaughter human beings. Limiting these people from access to guns is purely common sense. It’s also not new. There are already some limits when it comes to weapons. You’re not allowed to own or operate bazookas or hand grenades, so why should a machine meant for war be treated any differently?

There are limits when it comes to the Constitution. It is not a free-for-all. We have freedom of speech but hate speech is not tolerated. The 2nd Amendment was written over 200 years ago at a time when citizens used muskets to protect their land. I have a hard time believing the Founding Fathers would be cool with everyone walking around with semi-automatic weapons. It’s also important to realize that this is increasingly becoming less and less of a controversial topic. After the Orlando shooting, a majority of Americans, 55 percent, now support stricter gun laws and 86 percent support a law that would prevent those on the terror-watch list from purchasing weapons.

The United States is the only country in the world with this problem to this degree. We cannot continue to shrug our shoulders with each passing massacre, claiming that the problem is too big to solve and nothing can be done.

Doing nothing is no longer an option.

We may not agree on concealed weapons, but I am sure we can at least agree that bullets designed to pierce bullet-proof vests (called “cop killers”) and semi-automatic weapons have no place in society. It is time to stand up to the NRA and the gun lobbyists who pour money into the pockets of our political leaders for their own self-interest. It’s time to start standing up for each other instead of just looking out for ourselves.

3 Lifestyle Changes That Can Help You Save Money

5 Impactful Ways You Can Honor A Lost Loved One