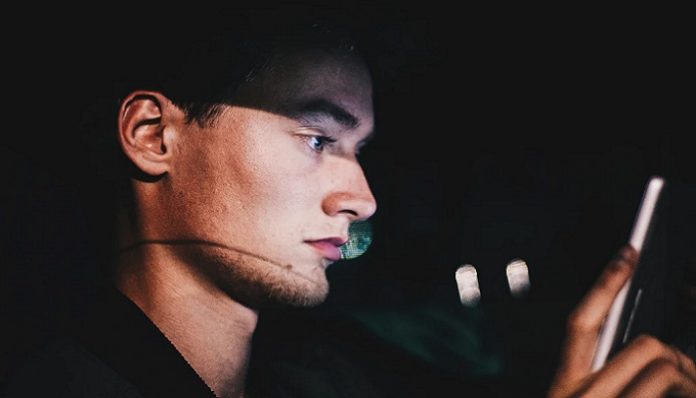 In the super-connected world that we live in today you can literally find anything about anyone on social media. The majority of us have probably stalked a crush or an ex multiple times on Facebook or Instagram just out of curiosity. Some people are amazing at stalking and can deduce if a guy they have a crush on is seeing someone just by looking through all the likes that they get on their pictures.

However, when does stalking become unhealthy? Is it even healthy to begin with? Call me old fashioned, but I think we are all taking away the magic of getting to know the new people in our lives by focusing on something as trivial as their online presence. So here are five more reasons why you might want to reconsider stalking a guy on social media.

You will over analyze everything.

If I start to overthink things, I can literally misinterpret anything. I over exaggerate things that have been said to me in person constantly. However, on social media, this becomes an even bigger problem because we only get to see one side of the story. There might be so many different reasons behind a picture, a post, or even a like that look suspicious to us. So don’t get frazzled the next time you see something on his profile that you don’t like, it might actually be nothing to worry about.

You ruin the fun of getting to know him.

I have heard numerous people tell me that they have accidentally given away the fact that they have stalked someone on Facebook by asking questions or mentioning information that they should not have known. Not only is it kind of embarrassing and awkward, it also takes away from the fun of actually getting to know the person in front of you. If you have crept his profile a thousand times and know the names of all his family members, that’s a red flag that you need to step away from his social media accounts.

You are getting overly attached early on.

If you keep checking up on him, you are making him your habit. It might be nice to keep tabs on someone once in awhile but constantly seeing what he is up to is a problem. There is a possibility that things don’t work out, it’s a sad reality that we all have to come to terms with. However, if you get attached to him from the very start, it might be difficult for you to really let him go and move on.

You might start to fall for a person who is not real.

Some of us have online personas that are actually very different than what we are like in real life. Let’s be honest, why would we post the boring parts of our lives when we could post a cool edgy picture to rake in those likes. So why set yourself up when stalking him online? He might be a completely different person when he is out with you than how he wants to be viewed on all his social media accounts.

You are sacrificing your own freedom.

It’s hard to stop keeping tabs on someone with whom you literally want to spend every second of your day. However, you aren’t attached to the hip to this person for no reason. So the next time you want to stalk your crush on social media you might want to reconsider taking up this time-consuming habit.

Hook Up Or Get Out: The Reason We No Longer Do...