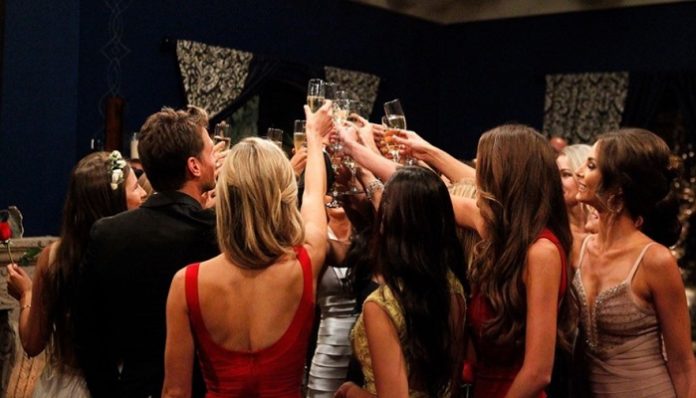 This week’s episode wasted no time getting started right where we left off last week: Andi showed up before the rose ceremony while the girls waited out in the cold to find out who was getting the boot after hometowns last week. Let’s cut to the chase, shall we?

Blast From The Past

Andi shows up at Nick’s hotel room door and understandably, Nick wants to know why the hell she’s there. The last time she knocked on his hotel room door, she dumped him. Apparently, she’s there to see how he’s doing and “what he’s thinking.” I don’t buy it. Andi says that he’s now dumping 29 girls, and he adds, “maybe 30.” WHAT? Hold up! Is he hinting to us that he isn’t going to pick anyone?? Come on, Nick. You’re 36 years old. Your biological clock is ticking. Do men have biological clocks? Regardless, you’re old as fuck. Time to tame that beast. But anyway, I really don’t understand the purpose of Andi’s presence. Unless it’s a last ditch attempt to gather some ratings by the producers. Do better, ABC. (Nick, I saw you check her ass out as she left)

Let’s enforce a new rule that we don’t make these poor girls stand outside in cold weather for rose ceremonies. I shiver just watching them and most dresses just don’t look good with a bulky jacket over them. Not to mention, that fur jacket makes Corinne look like a high-end prostitute. Now is a good time to note that I don’t understand why ABC keeps revealing spoilers. Literally, during the rose ceremony, a graphic appeared in the corner of the screen for Good Morning America saying that Corinne will be on the next day. Stop it, ABC! IS NOTHING SACRED ANYMORE? And Corinne is hitting the road. Nick says, “I’m gonna miss the hell out of you.” Eye roll.

They head to the Arctic circle because who doesn’t love to freeze their ass off. In accordance with typical Bachelor dates, they started their date with a *romantic* helicopter ride to look at reindeer. If that wasn’t enough, the next part of their date included drunkenly throwing darts in a bar with some locals, followed by arguing over ironing works better than steaming clothes. Yawn. Raven has never had an orgasm. And for some reason, she thinks it’s a bigger deal than it is. So how does this work? Do they do it in a warming hut? Made of twigs? Is it possible to get freaky in snowsuits? Because that is where they are headed. Also, Nick looks like a douche in his turtleneck sweater. All he needs is a gold chain to layer on top. Are we just gonna ignore this 12 year age gap? Yeah? Okay, then.

For some reason, the Bachelor was only on for one hour tonight, leaving us three hours for next week. They left us with many unanswered questions. Did he do Raven? Has Vanessa really not seen this show? Why is Rachel still here? How stupid did Nick feel when the producers made him do all the douchey shit for the end credits (chopping wood and shit)? Ugh, we’re one week closer to getting this shit show over with. Three. Hours. Next. Week. Where’s the rum?