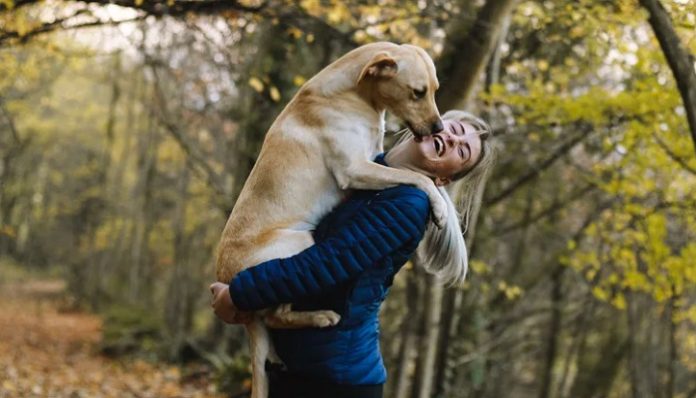 The old phrase goes, “a dog is man’s best friend.” Accurate? Sure. But a dog is also a woman’s best friend and nine times out of ten, dogs are way better than men. Dating can be exhausting, discouraging, and downright painful. The best way to remedy this? Get a dog, because here are the ten reasons why dogs will always be better than men.

Dogs won’t care if you’re in sweats or if you’re dressed to the nines. They won’t judge you for not doing your hair or putting on makeup.

2. They will always like you just the way you are.

3. They are easier to train.

5. They are always down to snuggle.

Dogs were made to snuggle. It’s the best part of their job, and they’re the best at it. You’ll never have to beg them to snuggle, and they’ll never complain about your hair being in their face or your body temperature being too hot.

Just because you’re emotionally open with your feelings and passionate about certain things doesn’t mean you’re clingy or crazy. Dogs don’t care. Probably because they don’t understand, but more importantly, they embrace you being yourself.

7. They are always excited to see you.

You are their favorite person in the entire world and they appreciate everything you do for them. You coming home from work is what they look forward to all day long.

8. You’ll never have to doubt how much they like you.

Dogs are wonderful little beasts. Their tiny hearts are metaphorically larger than a human’s with all the love they contain, and it’s all for you. They love you more than they love themselves.

9. They don’t wait for you to text first.

They don’t have phones. And this automatically cuts out 90% of the drama. You’ll never wait around for them to text you first, because as soon as you walk in the door, they’re in your lap.

10. You’ll always know what their priorities are.

They’ll never keep you guessing. Their priorities are food, toys, sleep, and you, and not necessarily in that order, but they’ll always make time for the things they want.

Perhaps the human species will never emotionally evolve enough to put each other first like dogs do, but dating isn’t all that terrible. Sure, there are times when you’d rather live alone in a mansion where pups run free, but men have their perks, too. And unfortunately for us, we can’t live a life secluded from humanity to be surrounded by only dogs. As April Ludgate once said, “Dogs should be rewarded for not being people.”

4 Ways To Do Your Best Listening On World Listening Day