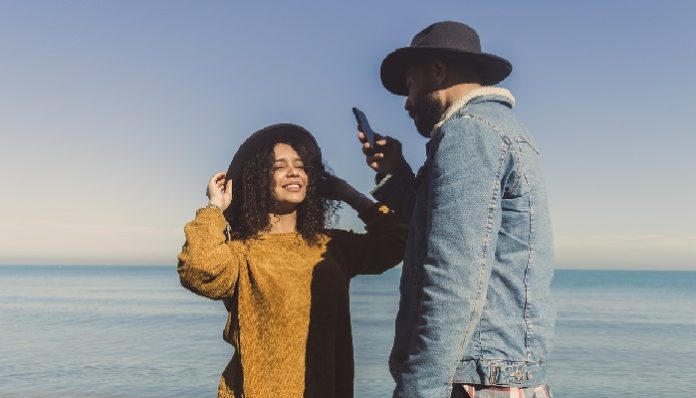 There are so many great things a person can get out of a romantic relationship. You gain a best friend, someone to cuddle and do activities with, and a trusty Netflix partner. But as we all know, relationships aren’t always as simple as these things make them seem. Being in a relationship also means sacrificing things that your single self took for granted. Besides committing to one person (which isn’t really a sacrifice if you’re with the right one), there are so many little things you give up that you tend to find yourself thinking about if you’ve been in a relationship long enough. Here’s a glance at some of the sacrifices that make me reminisce on the single days:

When you’re in a relationship, you’re probably more than used to having to share everything with your boyfriend or girlfriend. Especially your food. In your significant other’s eyes, your food is their food. You’re probably even at the point where you’re past asking each other for bites – you just take. You know those memes about how the guy in the relationship always offers to buy/make the girl food and she declines his offer? Then the food finally comes and she wants half of it, then gets the guy mad because he just offered to get her a plate of her own? That may be extremely accurate but in my experience, guys are just as bad with that. How many times has your boyfriend ordered something boring for himself and then decided your meal looked better? Or declined your offer to make him food when you’re making something for yourself but then proceeded to just steal most of yours? I am fed up. Get your own food. What’s mine isn’t always yours, babe.

Sleepovers with your significant other are for the most part, awesome. Although, I do think the idea of having a sleepover with your boyfriend or girlfriend is heavily romanticized. Sure, it’s nice to have the person you love sleeping next to you, but sharing your bed can mean sacrificing comfort and even a good night’s sleep. If your significant other is over 6 feet tall like mine, you’ve probably also run into the problem of having maybe a sliver of the bed to yourself – if you’re lucky. Every sleepover starts off the same. While you’re getting ready to sleep you’re cuddling or in a comfortable position next to each other with an equal amount of room. Then as soon as the other person falls asleep, their unconscious mind tells them they’re alone, and they proceed to move around until they’ve taken up more than three quarters of the bed. Not to mention how hot it gets temperature wise. Unfortunately, my boyfriend is a human radiator.

Shoutout to everyone who actually lives with their significant other. I can only imagine how bad this gets. If I was to ever shack up with mine, we’d be getting a king sized bed for sure.

Being in a relationship shouldn’t automatically equal the end of your independence. However, you may find yourself feeling slightly restricted in regards to the decisions you make for yourself now that there’s another person involved. Although you still have the freedom to do whatever you want despite being in a relationship, your partner does become a factor. It doesn’t matter if the decision is big or small, you’ll always find yourself thinking about how it will affect the other person because you’ll always be taking their feelings into consideration.

Your significant other will influence pretty much all your major decisions even slightly as long as you’re dating them, whether you like it or not. It’s not necessarily a bad thing to have them in the back of your head. It just means that your independence is slightly skewed.

If you’re like me, you’re used to controlling pretty much every situation. Let’s face it, being in power is something most of us desire. When you’re in a relationship, giving up control is one of the biggest sacrifices that needs to be made. I’m not talking about completely handing your life along with all of your decisions over to the other person. I’m talking about the constant need for compromise when you have someone important in your life. Sometimes it takes everything in me to not manipulate a situation so I get to make the final decision.

If you think something like this doesn’t apply to you, think about all the times you’ve made the decisions about what to do, where to eat, etc. Is the decision-making equal? Sometimes you have to check your selfishness and say “you pick the restaurant this time” or “what do you want to do? we always do things my way.”. It can be hard to understand when you’re putting your partner in a shadow, or if they’re putting you in one; but control is definitely something we all need to grasp equally.

I have way too much pride. That’s it, I said it. It physically causes me pain to admit that I’m wrong – especially in a heated argument. Or at least, that’s how I used to be. Don’t get me wrong, I still struggle with this often. But being in a relationship for as long as I have has taught me that sometimes it’s better to back down, even if it kills you to let the other person be right. My boyfriend and I are special because we deal with things so similarly. It causes for constant clashing, because we’re basically fighting with ourselves. In situations like ours, it’s even more beneficial to agree to both back down (as much as it pains you to not be the one to win).

There are so many problems with always having to be right that having that kind of attitude could put a serious strain on your relationship. Learning to choose which arguments are worth fighting for and which ones wouldn’t kill you to let go is a tremendous skill.

Giving up these parts of your life may seem frustrating in the moment (especially the food), but they’re an important part of learning how to adjust your life while you’re sharing it with someone else. Instead of getting sassy or frustrated when these things come up, think about how what you’re gaining is so much better than what you’re sacrificing. So many single people would love to trade places with you, so chill out, and let your partner have his way now and then. You can be the one in the right tomorrow.

Featured image via chermitove on Pixabay

The Truth Is Adult Friendships Change, And That’s Ok