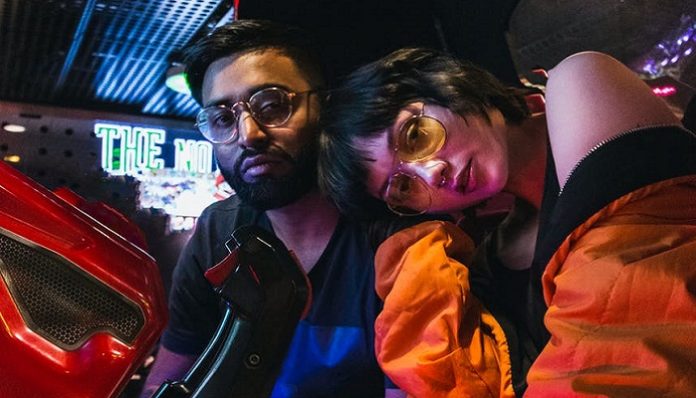 Relationships are amazing, but one of the downsides can be when one of you gets crazy jealous over nothing. We can hear a text notification and our eyes turn green, hear a name we don’t like and want to rip someone’s eyes out – it’s in our nature. I’ve been jealous plenty of times when my S.O. has spoke to an ex or spent my birthday somewhere else but where do we draw the line?

Everybody has their own reasons for a little jealousy every now and then, but there seem to be so many rules and unwritten codes in modern day relationships that it’s getting hard to keep up with what we’re meant to do. I’ve literally driven myself crazy wondering if I’m justifiably annoyed about something or if I’m just being petty, so I decided to ask some guys and girls what they think:

Q: Is it okay to be jealous when your S.O. spends more time with their friends than you?

“Not really, in my opinion anyway. Friends are friends for a reason and if they want to see those particular people more than you occasionally that’s fine.” – Joe S.

“Well if your partner has more than one friend, it makes sense that they need more time to see multiple friends than they do to see one boyfriend or girlfriend. If they literally spend every weekend with their friends without ever asking if you wanna do something, that’s something you can be jealous over. But at the end of the day, they were friends before you got together and they’ll be friends after you break up.” – Lucy A.

Q: When your S.O. hides their phone from you?

“If they don’t want me on their phone, who cares? It’s not mine, I don’t have a right to look at it. But if they’re always hiding messages and leaving the room to answer the phone I’m gonna be jealous and wonder what they’re doing that is so important I can’t see it.” – Amy B.

“Not jealous, but maybe suspicious. If it was my birthday or something, I’d just assume they were hiding party plans or something like that but if it’s constantly I’d worry. It’s fine if you want your own personal space but if they’re actively hiding your phone to prevent me seeing their conversations I’d think it was dodgy.” – Alfie S.

Q: When they speak to their ex-girlfriend/boyfriend?

“I’d say so, yeah, depending on what ended their relationship and how serious it was. But I think it’s natural to get jealous and feel threatened if your partner’s former lover is around and still a part of their life.” – James G.

“Of course, it’s okay to be jealous, this person was with my boyfriend before me, and I don’t want to think about him with someone else. But, I’m not gonna go crazy about it. As long as they’re not off alone together or flirting with each other I wouldn’t kick up a fuss.” – Abigail J.

Q: What about if your beau is more successful than you?

“I think everyone is a little jealous of anybody with something they don’t have. But you shouldn’t be jealous of them exactly, cause it’s just not healthy for a relationship” – Jessie N.

“I wouldn’t be jealous, I’d be supportive. You’re a team, so wish your boyfriend all the success in the world!” – Natalia W.

Q: If they have friends of the opposite sex? Or if they’re not straight, of the same sex?

“No, no, no! I don’t know why so many think boys and girls can’t be friends. If they’re always flirting with their mates and getting off with them on nights out, that’s one thing, but if they’re friends … they’re JUST friends.” – Sam C.

“Only if they give you a reason to be jealous. But if they’re friends, I wouldn’t assume it’s anything more than that.” – Claire C.

Q: If they don’t turn to you for help?

“Yeah, I think I’d be jealous if my girlfriend had a problem and didn’t come to me with it. We’re meant to be partners, so we work through stuff together. But I wouldn’t be like  crazy jealous cause she might have reasons – like not wanting to worry me or something.” – Ryan T.

“Sort of. I wouldn’t be offended if they needed a friends advice or anything like that, but if they were always crying on someone else’s shoulder and not mine then yeah I would be.” – Demi S.

Q: If they find other people attractive?

“Of course I’m gonna get jealous if my girlfriend thinks someone else is attractive, I don’t want her be attracted to anyone but me. But I’d also be lying if I said I didn’t think other girls were pretty too, so unless she’s going around telling every guy she sees that they’re gorgeous, it’s okay.” – Louis W.

“If he’s got a crush on Angelina Jolie or Megan Fox, that’s just something people do. I mean, I’ve got a few celebrity crushes but they’re just that and nothing more. I don’t sit and think about how handsome they are and stare at their posters, and I certainly don’t act on my attraction. But if I find him ogling at girls when he’s with me, that’ll make me jealous – and it’s just rude and insensitive too!” – Melanie Y.

Maybe it’s okay to be a little jealous sometimes, after all, we never want to think about our S.O. being with someone else – whether that’s before, during, or sometimes even right after our relationship. Getting jealous just because your beau has friends, or because they don’t let you invade their privacy isn’t okay, but it’s perfectly normal to feel a little green if their former flames are around or if you feel like they’re hiding something. So, perhaps it’s just the way we deal with our jealousy that we need to work on – so remember, it’s okay to be crazy jealous sometimes, just don’t go crazy.