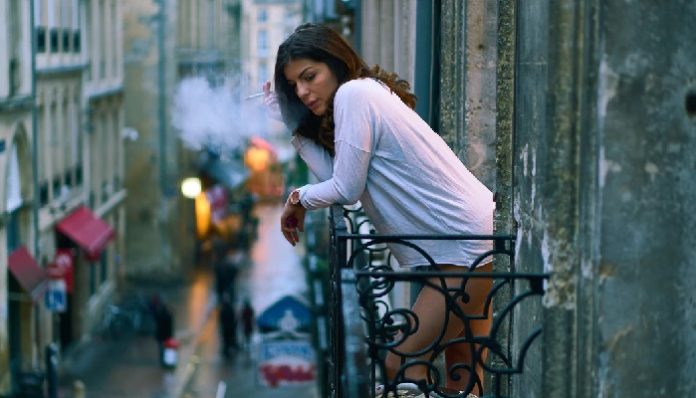 I was 18. I had just started my freshman year of college, in a town five hours from home, surrounded by people radically different from the ones I had grown up with.

I turned around to see who would spew such a disgusting phrase to a woman simply walking down the street, only to be greeted with several whistles and a “see you later sexy!” as a group of guys revved their engine and sped off.

I felt violated – like they had seen nothing more than the long, lean legs under my shorts or just a body.

I felt horrified – at the thought that I could run into them on campus at anytime and not have the protection and space of a street between us.

I felt angry – angry they thought it was ever okay to talk to someone like that. Angry they showed not an ounce of respect for a woman.

That’s the thing about cat-calling. It’s not, nor has it ever been, a compliment. It’s not something that makes a girl feel special.

It’s something that makes me clench my fists at the thought of hitting whoever thought it was a good idea to let something so revolting slip between their lips at another human being.

In a study conducted by Stop Street Harassment, 99% of respondents said they had experienced a form of cat calling in their lifetime with leering, whistling and honking, sexist commenting, vulgar gestures, and following being the top harrassments they had gone through.

Am I the only one who thinks that’s just a little too high of a number? Women are not objects to ogle at.

I want someone to tell me that I’m beautiful, intelligent, caring, and strong. So that instead, 99% of women to feel:

Hopeful – that someday our daughters won’t have to cover their bodies as they walks across the street.

Safe –  when they walk home at night.

Appreciated – for more than just their legs and booty.

Women are humans too. We are more than just a body – we are brains and brawn and everything in between. And we deserve the kind of respect that extends far beyond who we are on the outside. So the next time someone tries to convince you that a cat-call is a compliment, just know that it’s not, and I’ve got your back.

Why You Should Live With ‘It’ Instead Of Letting ‘It’ Go