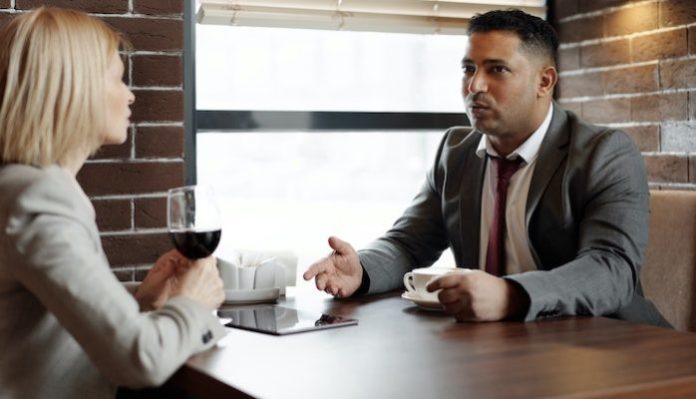 Being a young adult can be a confusing time for many. Life’s biggest changes are happening and you’re in the prime of your life. Throw in the raging sex drive and you’re bound to have  trouble. And where does the most trouble appear? The workplace. Finding someone you’re really attracted to and working with them doesn’t tend to mesh well, and you might find yourself in quite the pickle if you act on those impulses. Before you do the dirty with Jack from accounting , these stories of coworker hookups show the good, the bad, and the ugly.

1. This one time at summer camp…

“I hooked up with a coworker for the entire time we were working at a summer camp. We were administrators and having a relationship wasn’t off-limits, but to keep our authority we didn’t tell anyone except the one other administrator at our level. When we told all the counselors at the end, their reactions were priceless. It ended pretty smoothly and we’re still friends to this day. Overall it was a great experience – although having our boss knock on my door while we were having sex to ask if I knew where my hookup buddy was (“inside me” probably wasn’t the answer he was looking for) is definitely one for the books.”

“I had sex with a coworker at work… (there’s a fairly large back story with this one) but we were FWB for a while and there is always this really hot tension and flirtation between us. We went to the supply closet outside my manager’s office, had to close the door to get the stuff we needed, then we quickly did the deed. It wasn’t awkward at all after and we are the best of friends! There’s something about only us knowing what we do with each other that’s indescribably hot. Plus we know how to tease each other like hell.”

3. When flirtation turns to harassment

“Hooked up with a coworker once a couple of years ago. I thought it was going to be a one time thing, but then he kept trying to push for it to happen again. I eventually had to tell my boss and he was advised to quit. Soon after the guy quit, a couple other girls also came forward with their experience of him pushing himself onto them at work as well.”

4. When the hookup goes right

“I was working at a restaurant when I randomly got a message on Facebook from a guy that worked there too. We ended up going on a few dates and sealed the deal one night in my college apartment. The reactions were pretty interesting from the people we worked with. No one saw it coming. Almost 5 years later, here we are, dating and living together! Hook up gone right!”

“I always said ‘don’t shit where you eat’. But he was cute and starting talking to me. At first it was all sweet and innocent, going out to lunch. We were talking for around three months. We hooked up a couple of times, but never had sex. He totally led me on telling me everything I wanted to hear. I fell for it, but quickly learned that his words didn’t add up. Once I called him out on his shit, he told me he wasn’t interested in a relationship. In the end it was a bad mistake. Everyone was talking about us, I wasted a bunch of time, and I really can’t stand him. Whenever we see each other at work we don’t even acknowledge each other’s existence.”

6. Everybody’s got a creepy boss

“I was really needing a job and so I applied to this local country club, the manager was late to interview me but was super nice and super kind and was TOTALLY flirting with me! So long story short I got the job, and I worked there and he told me one Friday that a group of coworkers were going to a bar to go to have some drinks. I was totally in because I hadn’t been there long and wanted to make friends. WELL figures he is the only one there, he ends up getting shit hammered and needs a ride home, tries making out with me then when I drop him off, asks me for a hug so I get out and hug him and he literally picks me up, slams me into the side of my car and tried to kiss me like some movie moment where the guy sexily picks her up and pushed against the wall and they make out only it wasn’t a wall it was my car, it wasn’t pushing me against it, it was slamming and instead of being sexy it just reeked of nachos and cheap tequila. Well we never really talked after that it was awkward at work then he eventually got fired because he sucked at his job.”

Hookups aren’t all sunshine and rainbows, especially when they involve co-workers. Make sure you evaluate every possible outcome before taking the plunge. Sometimes it will work out okay, but sometimes it won’t at all. Is it worth making your workplace uncomfortable, or worse… costing you your job?