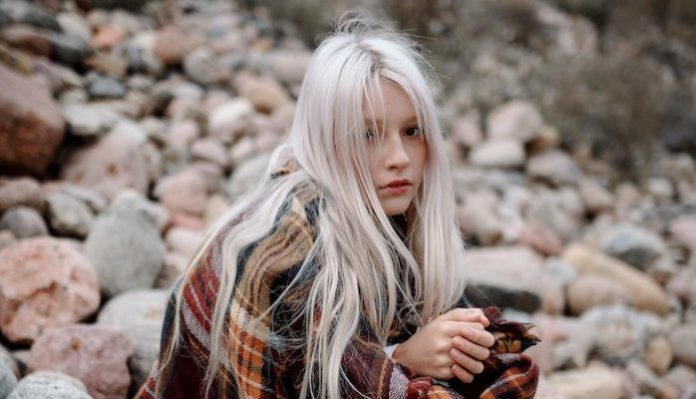 I was half asleep when my relationship really began to fall apart.

We had just gotten into bed 10 minutes prior. I felt a hand slightly brush up against my thigh, lifting my nightgown. That was strange all its own, since we never had a particularly sexual relationship.

He took the role of the hyper-stereotypical uninterested man, always complaining it was too hot, or he had a headache, or he was just tired.

I’d found out eventually his lack of interest was because of his cheating with a girl named Kristen. Sometime during the lengthy forgiveness process I lost all semblance of physical attraction or affection for him.

At that point, the thought of him touching me was so disgusting that I shooed him away. I said I was tired, had a stressful day and just wanted to sleep.

I snuggled back down into my pillow and pulled the blanket up to my shoulders. He got out of bed.

I’d just begun to doze when I heard him quietly come back into the room. He yanked the covers off the bed and I rolled over to look up at him.

And then, suddenly, there he was, furious and in my face.

He grabbed my wrists hard and held me down onto the bed, climbing over my smaller body, never letting his raging eyes leave my face and never untwisting his mouth from the horrible grimace it settled into.

He pushed his leg down across both of mine so I couldn’t move and jammed his mouth against my lips, forcing his tongue into my mouth.

I woke up out of my sleepy daze into a flurry of struggling, trying to wrench my arms from his grasp and yelling at him to stop. I attempted to push him off me by arching my back up and over to the side of the bed. No luck.

Again, I yelled at him to stop. This was too rough, and I didn’t want it.

He looked me square in the face and growled at me:

“You’re going to have sex with me. Whether you want to or not.”

And then I really panicked. It was two-fold.

Half my brain asked if I was required to submit because we were in a committed relationship. The other half was screaming for help, fueling my furiously beating heart, not wanting to become another statistic in the litany of raped women who never get any relief from their struggle.

When I get really scared, my vocal cords don’t work. I opened my mouth to scream right into his ear, hoping for a momentary startle so I could weave my way out from under his control. But it didn’t work; I only managed a weak, breathy wheeze with no sound but the air rushing through my teeth.

He used his elbow to push me back down onto the bed, then rearranged his arms for a better grip with only one hand. His other snaked up under my nightgown, groping at my chest then heading down to his intended target.

And then, he lost control. The weight of his leg lifted slightly, just enough for me to quickly slip one of mine out from under him.

His hand was still following his mind’s lead, so he didn’t expect it when my knee came up hard into his crotch with an anxiety- and fear-fueled force that I think may have left permanent damage.

He rolled over in pain, and I rolled off the bed and ran out of the house.

We met up the next day, and I confronted him.

“What was that? That was too rough.”

He relented, apologized again, said it wouldn’t happen anymore. But the damage had been done. A month later we split up, at my request.

I couldn’t let the fear go from that night. It didn’t make sense to try and patch things up; between the cheating and the near-rape, I couldn’t take any more.

A few years later I was at a bar, dancing in a dark corner with a guy I’d just met. He turned so his back was to me and danced up against me, moving slowly back until I was tucked into the corner.

I tried to calm my mounting panic — we were just dancing, he’s a nice guy, nothing to worry about.

And then I felt his hands on my legs, sliding up and lifting the hem of my dress. No one could see, and the speaker was next to us so he couldn’t hear me telling him to stop, again in my fear-induced breathlessness.

As he reached the inside of my upper thigh, I began to hyperventilate. With every ounce of strength, I shoved him hard in the back, toward the crowd and away from me. I ran out of the bar.

In that moment, he looked so confused. And I was confused, too. Had I misinterpreted his actions? Was my mind creating a sensation that wasn’t actually happening? I doubt it, but it’s still hard to tell.

The backlash from what happened with my ex haunted me then and it still haunts me to this day. I don’t know if I’ll ever escape it.

Attempted rape is a misdemeanor offense. I don’t care if you’re in a relationship or not. Rape is rape. And it has an inescapable effect, regardless of whether it was successful.

Photo by Vladislav Nahorny on Unsplash