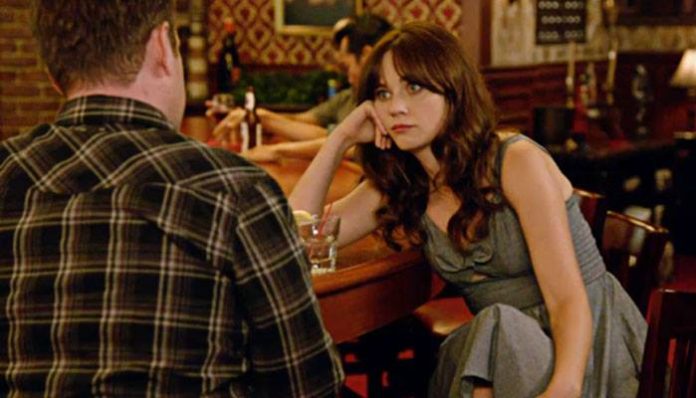 Dating isn’t easy. This past year I’ve gone out on more blind dates than I can count and am known amongst my friends as having horrible luck with guys. I’ve been set up by friends, used almost every dating app there is, and I even went out with my Uber driver once (more on that later). This process has been exhausting! And I’m sorry to all the hopeless romantics out there, but this article does not end with me telling you about how after all these dates I found “the one”.

Despite the dating world being tough, it can also be really fun! You’re constantly meeting new people and forming new connections, which opens your eyes to a lot of unique experiences and perspectives on life. However, I have kissed a lot of frogs on my journey to find my prince. Here are a few dating disaster stories that I hope will make you feel better about your love life.

A friend of mine knew someone who needed a date to a fraternity event. Of course I said yes to going with him, because why not? All my sorority sisters would be there, I would get to dress up, and there would be free alcohol. Like any millennial who goes on a blind date, we added each other on Facebook so we could stalk the crap out of one another. He was cute, definitely younger than I was, but he seemed nice and at most I knew I had the potential to make a friend.

My date and I planned to meet each other there and I got there first. He showed up about an hour later completely hammered and could barely walk. He came up and introduced himself, apologizing for being so drunk and late. We went into the kitchen to talk and after 5 minutes he turned around and started puking into the sink behind him. All I could think was, “this is not happening to me.” Unfortunately it was. So I called a friend, cabbed to their place and made food while we laughed about the whole thing.

(I saw my date a couple of nights later at a fraternity mixer and the poor guy could not look me in the eye. To be fair, it was probably more embarrassing for him than it was for me.)

Like most Friday nights, my friends and I pre-gamed hard before the bar so we didn’t need to waste money once we got there. We got into our Uber, quite intoxicated, and to our surprise the Uber driver was really cute. For once I was happy that I volunteered to sit in the front seat.

In classic drunk girl fashion we had no inhibitions and began grilling our driver with questions. “You’re cute!” “Are you single?” “What do you do?” “Where do you go to school?” “Do you want to come out with us?” “Can we grab your number?” He was a great sport about it all and gave my roommate a pen and paper to write down a phone number. My roommate wrote down her number and later that night we got a text. The next day we realized what we had done and couldn’t believe he actually messaged us back. So, with nothing left to lose I texted him back asking him out on a date and he said yes. We went for coffee later in the week and it was all very casual. It wasn’t anything special but asking my Uber driver out on a blind date is definitely one of the weirdest things I’ve done.

I matched with this guy on Tinder and he seemed really nice, we had mutual friends and had a lot of the same interests, specifically music. We made plans to go see his friend’s band play at a local bar. To start the evening, he was 45 minutes late and texted me to let me know he was at my door instead of knocking. This is one of my biggest pet peeves. How hard is it to knock on the door?!?

We cabbed to the venue and as we stood outside while he finished his cigarette, a van of about 6 of his friends pulled up all drunk and screaming. I felt slightly overwhelmed but we were at his buddy’s show so it made sense that he had other friends coming. We walked in and it was $10 cover, which he made me pay for, and throughout the night never offered to grab me a drink when he went up to the bar.

*Disclaimer* I do not think guys have to pay on the first date. I’ve had plenty of first dates where I’ve ended up paying. But if he paid for my cover I would pay for our drinks because that’s just the respectful thing to do regardless of gender dating norms.

We went to the stage and watched his friend’s show and were having a pretty good time. Halfway through the set, we went outside with everyone and he opens up his coat pocket and pulls out a 12 oz. bottle of whiskey. I don’t know what kind of guy brings a bottle of whiskey out on a first date but I guess he was there to get drunk instead of get to know me. After that, his friends pull out a joint and offer me some, and of course I say no because this is supposed to be a date, not a college party.

Then another one of his friends wanted to leave and go to a bar. Let’s keep in mind this is a Tuesday night and his friend is only halfway through his set. He asks me if I want to go and for some reason, instead of leaving and going home, I said yes. We got to the bar and he keeps getting more and more drunk. He just kept talking about himself all night and then proceeded to tell me about the drugs he does and sometimes sells. At that point I had to call it a night. I told him I had early class and took an Uber home. He kept drunk texting me and eventually I  stopped responding.

Despite these horrible date stories, not all the guys I’ve been out with were bad and I’ve made a lot of good friends from these experiences. To all the single people who feel like they are constantly going out on awful dates or feel like they are in a dating rut, know that dating is all about what you make it. Sure, I’ve been on some horrendous dates that have made me want to cry and question becoming a nun, but at the end of the day all you can do is laugh. Be open to new people and new experiences, because one day somebody is going to surprise you.

And if you do have a bad date remember, at least you always have wine and a good story to tell!

18 Of The Most Beautiful Quotes From Writers For Writers