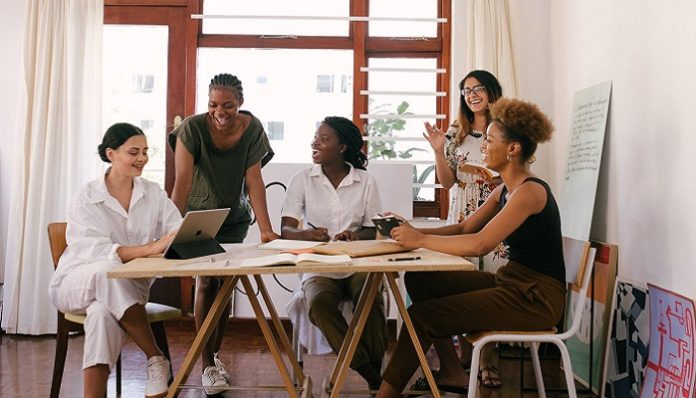 Perhaps one of the scariest and most intimidating things about starting a new job is your new co-workers. You wonder what they’ll be like. Will they like you? Are they nice? Are they fun? Will it be difficult to make new friends? Who can you trust?

After recently starting my first full-time job post-college, I was in the latter mindset. But whether you like or not, it’s inevitable that after spending so much time around these people five days a week, you’re going to start making some friends – and it happens in phases.

The first phase is denial. This is the phase in which you tell yourself that you will not, under any circumstances, make new friends at your new job. You don’t need them – you already see them for 40 hours every week. You’re a one-man wolf pack and you’re happy to be that way.

The second phase is when you willingly share your food with them, or they willingly share their food with you. This creates a bond between the two of you. Food is sacred, especially in the workplace. Everyone knows that sharing food is a big deal.

Phase three is when you realize that you dislike the same people and things around the office. You’re driven nuts by the same things and it’s nice to have some to hash it out with and complain. This will strengthen your bond.

Phase four is when some well-meaning post-work drinks turn into a full on shit show. Everyone is drunk and some weird shit happens. Maybe they hold your hair while you vomit, maybe you went to second base with each other in the middle of a crowded bar. They’ve now seen you at your worst (or maybe your best). Whatever happens, you’re not coming back from it. You’re friends now whether you like it or not.

This phase is when people begin to think that you legitimately hate each other due to the borderline abusive sarcasm you’re spewing at each other in the office. You keep waiting for the day that HR gets involved, but the reality of it is, they “get” your friendship. Keep insulting each other, you crazy kids. You crazy, weird emotion-expressive kids.

The final phase of your journey to friendship is becoming real life friends. You begin to include them in your plans outside of work, and you’re not ashamed of it. You text them outside of work and suddenly their opinions matter a lot to you! You miss them when they’re gone for the day and count the minutes until their return. Don’t get weird now… it’s okay to have friends, you big softy.

When all’s said and done, you look back at your “first-day-of-work” self and laugh at how silly you were to think you that you didn’t want to make friends. These are the people who have made every day so much better and so much more enjoyable. They’re the people you spend the most time with, and the people you look forward to seeing during the day when you wake up in the morning. And hey, if you ever need a break from them, you can simply leave it at work at the end of the day. Look at you, makin’ friends.

We Got 16 Millennials To Tell Us Their Definition Of A...