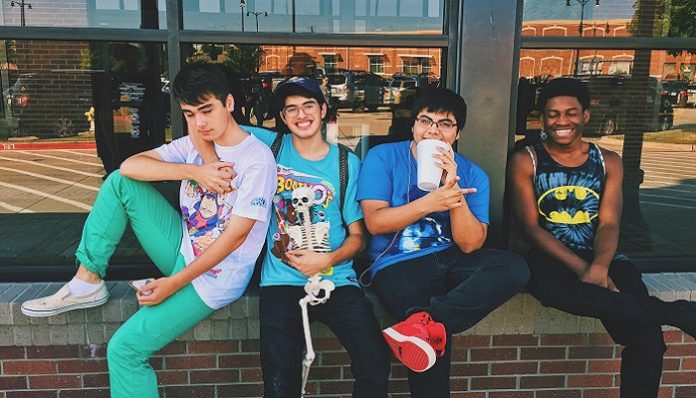 What two words can universally stop all millennials in their tracks? Discount burritos? No. Unprotected WiFi? No. Free tuition? Well, maybe. But that speaks more to the student loan crisis than the severity of the bomb I’m about to drop: middle school. I think my man Charles Dickens said it best – it was the best of times, it was the worst of times.

As 90s kids, we all love hopping on the nostalgia train for a one-way trip to throwback city every once in a while. Reflecting on middle school years can be cringe-worthy, because hindsight is always 20/20, and who doesn’t have that memory of an exceptionally awkward middle school dance. I mean, where did my mom even find a vertically striped turtle neck for me to wear on picture day? It can be hard to see school pictures baring braces and an abundance of denim, but find solace in the fact that puberty does a number on us all. Thankfully we had swoon worthy studs like Jonathan Taylor Thomas to take our minds off the stresses of the eighth grade.

At that age, my biggest concern was which pair of gauchos would match my favorite choker. We had crimped hair, and we didn’t care what was happening in the real world, because our world was flip phones, bus rides, innocent crushes, and limited internet access. We thought we had it all figured out. It’s amazing the confidence you get when you learn how to put a training bra on by yourself. We were snotty, sure, but we were trying to learn what it meant to be ourselves and define ourselves. We were young – but kids today don’t stay that way for long.

Tweens today are starting to look, act, and dress as if they are much older. Not only do they appear more physically mature, their interests and vernacular reflect a scary trend; today’s tweens are abandoning kid culture in favor of joining the adult world. This is not to say innocent experimentation is a negative thing. Tween years are all about pushing boundaries and exploring impending adulthood.

However, there is a fine line between exploration and simply growing up too fast. When tweens rush into adulthood, they skip the actual growing part of growing up.

As a tween it’s common to feel stuck, suspended almost, in the grey area between adulthood and childhood. They don’t quite fit into either category. Pre-teens are grappling with the juxtaposition of craving independence and still relying on adults for almost everything. The complexity of this situation is amplified by the hormones and insecurities that are a trademark of puberty.

Today’s teens have traded AOL messaging for iPhones. Instead of worshipping the celebs on MTV, they like Justin Bieber’s latest nude selfie on IG. They’ve left tracksuits and Tamagotchis in the past, and made social media a staple of their day to day lives. They aren’t keeping up with the Joneses, they’re following the Kardashians on twitter.

Things have changed, tweens aren’t the way they used to be. But it’s also unfair to label this change as completely negative. All good things must come to an end, the world just wasn’t meant to rock Bobby Jack t-shirts for eternity. It’s hard to let go of the past, but we shouldn’t project our past onto the future of the tween generation.

They should be able to make mistakes, just like we all did, they should look back and have the same nostalgia in their gawky and formative years, as we did. It’s hard not to judge tweens, but next time you want to tell a young girl off for looking older than you, remember you were once her. But you had the privilege of growing up before social media started to define our society.

Millennials had the good fortune of going through their awkward phases long before the pressures of social media had rooted themselves in our day-to-day lives.

The tween years are awkward, scary, and completely necessary. Those critical years are all about growing up, trying new things and stepping out of your comfort zone.

Once you become an adult all you want to do is be a kid again, and when you’re a kid all you want is to be an adult. The lesson we can all learn from our younger selves and teens today; stop wishing, waiting, and wanting – enjoy the age you are now because you only get 365 days before it changes it again.

8 Life Lessons I Learned From Dating A Transgender Woman 

The Best Stress Relief Activity For You Based On Your Zodiac...