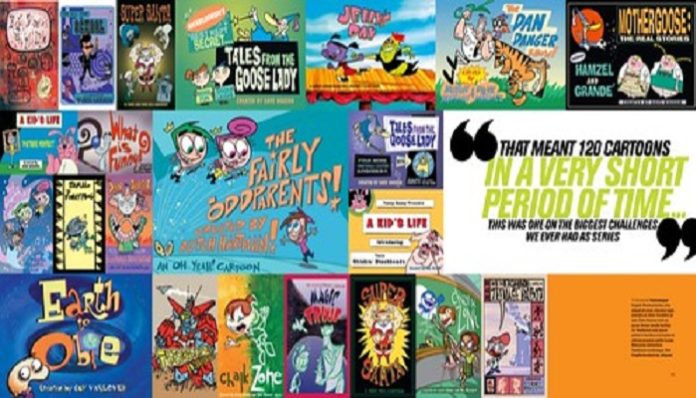 My sister and I have an almost 10-year age difference between us. While I grew up in the ‘90s, she’s a child of the mid 2000s. Watching her come of age has revealed many of the dissimilarities of our childhood cultures. While mine was filled with Sunday cartoons, Nintendo, and Furby, hers has been characterized by FaceTiming, iPhones, and random Disney Channel stars. It hasn’t surprised me that the nostalgia of the Gen-Y childhood is making a comeback. I could sit here and write an endless list of all the reasons the ‘90s were the best decade to be a child in, from Tamagotchis to Rugrats to ‘N Sync (the reasons are endless). But I think there are deeper reasons as to why our Gen-Y childhood culture is making a comeback.

1. Our childhood culture was more wholesome.

It seems that the overall values portrayed in the music and pop culture scene of our childhood were a lot more wholesome. TV shows were much less dramatic (hello, Dawson’s Creek). Music had a lot less to do with inappropriate subject matter (we see you, Spice Girls). The current generation seems to have lost this. There are increasingly overtly stressed over promiscuity, drug abuse, and alcohol use. These things are coming across as normal to the current youth population. Studies are continually saying that children are participating in high-risk behavior at younger ages, and I can’t help but wonder if the questionable media is partly to blame.

2. We weren’t as obsessed with pop culture.

Pop culture is able to have a more consistent influence in the lives of children nowadays. My little sister can have Facebook, Twitter, and Instagram accounts to follow her favorite celebrities, while all I had was posters from Tween magazines and MTV. These types of influences and the extreme lifestyles they may promote are coming across as the norm for children. From pressures to look like a Victoria’s Secret model to belief a party-hard lifestyle is what you should strive for, it’s making kids grow up a lot faster than they need to.

3. Our childhood culture was a lot simpler.

Everything seems a lot more complicated with this generation. Instead of playing outside with the neighborhood kids, my sister’s generation spends more time on FaceTime or in group chat. Our childhood culture is making a comeback because we had the simplicity of just being a child. Our childhood wasn’t without it’s faults for sure, but there is a sense of things being easier for kids in the ‘90s than in the present day.

4. Gen-Y’s childhood culture was the best because it was OUR childhood.

Maybe after this, one conclusion we can reach is that we think our childhood culture was the best because it was ours. It’s the only childhood we know. We scoff at the children who lived before us – those who didn’t know what Furby and GameBoy were. Maybe we do the same to the current generation because we don’t know what it’s like to be a child in these times. Perhaps the reason Gen-Y’s childhood culture is making a comeback is because we miss it so badly. We crave that familiar time of simplicity and nostalgia. We want to give the younger generations the experience we had. Maybe this comeback has less to do with the fact that the current childhood culture is debatably bad and more to do with the fact that we miss our childhood.

Whatever the reason that Gen-Y’s childhood culture is making a comeback, I know I wholeheartedly support it. I can’t deny that I miss my own childhood, but I do believe we had it a lot more wholesome, simpler, and less celebrity-driven in the ‘90s. What this comeback means I don’t know, but as long as Furbies are involved I know I’ll enjoy it.

Why We Shouldn’t Judge Each Other’s Holiday Traditions

How To Decorate A New Home With A Old Vintage Style