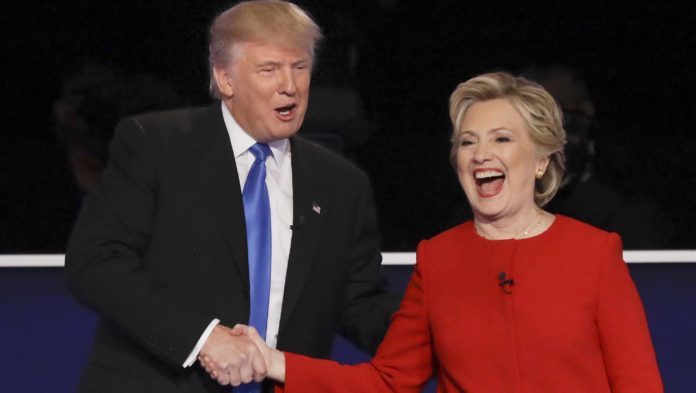 It’s election season, and the debates are really starting to heat up between our two candidates. Even though Hillary Clinton and Donald Trump are the two most disliked presidential candidates in American history, both have their respective clubs of fans, as well as vocal criticizers and rightly so, they’ve both had questionable records and have been involved in many, many scandals.

The American populace has responded in line with the statistics; the most common sentiment seems to be that the public can’t stand either of them. The internet is bombarded every day with tweets, op-eds and Facebook posts all complaining about the lack of choice in the election.

With less than 40 days until the general election, it’s time to stop.

As a dual Canadian-US citizen, I’ve been party to two very different kinds of elections. In Canada, we’re all very used to the idea of ‘strategic voting.’ With three major political parties and a first past the post balloting system, the common practice in Canada is to cast your vote for the person who will most likely win over the candidate you want to keep out of power. For example, our past Prime Minister, the Conservative Party’s Stephen Harper, was widely disliked at the end of his last term in 2015. I, as a supporter of the very liberal New Democratic Party, choose to vote for the Liberal Party of Canada because Justin Trudeau had a better chance of winning the election and ousting a Prime Minister I despised.

Strategic voting has been the norm in Canada for so long, that we’re accustomed to it by now. But the US seems to be a little slower to adopt the practice. Canadians have had some time to get used to the idea of voting against the candidate they don’t want, rather than voting for the candidate they do. But in an election like the US is going through right now, strategic voting seems to be the most obvious choice.

With Clinton and Trump as the choices this election season, there has been more talk about hating the candidates, than actually finding a solution. It’s great that there’s so much engagement in the election this year, and it’s amazing that so many people are thinking critically about the candidates. But the constant complaining about the lack of choice is not helping anyone.

I’m not suggesting that anyone go back on their beliefs. But what I do believe is that I have a personal responsibility to vote for the candidate that will best represent the United States. And sometimes a little compromise is necessary to complete the end goal. I don’t think Hillary Clinton is a perfect angel, but I do think she’s a hell of a lot more intelligent, qualified, and sane then the Donald.

Trevor Noah has put it the best; this election is a choice between “Grandma Nixon and the fifth horseman of the apocalypse.” Hillary Clinton may not be the president that the USA needs (or wants) right now, but looking at that alternative, she seems to be the only viable option. I know that she’s shrouded in scandal and has had her fair share of gaffes, but bear with me for a second. Clinton understands the danger of nuclear weapons, Trump does not. Clinton says she will support our allies in international conflicts, Trump speaks of isolationism. Clinton supports clean energy initiatives, Trump has called climate change “a hoax” and is a vocal support of coal mining.

It’s time to stop complaining and start thinking. I know many are considering voting for a third-party candidate, and that’s great. I fully support the idea of a protest vote. But I will ask you to think about where you live. If you’re in a swing state, your vote could mean more than you think, have a hand in changing the outcome of this election.

If you live in Nevada, Utah, Colorado, Arizona, Iowa, Minnesota, Michigan, Wisconsin, Ohio, Georgia, Florida, North Carolina, Virginia, Pennsylvania, New Hampshire, or Maine, please, please consider strategic voting. It’s our job to protect the integrity of our nation and keep democracy fair in the US. This election season, that just might mean sucking up our pride, and voting for the lesser of two evils.