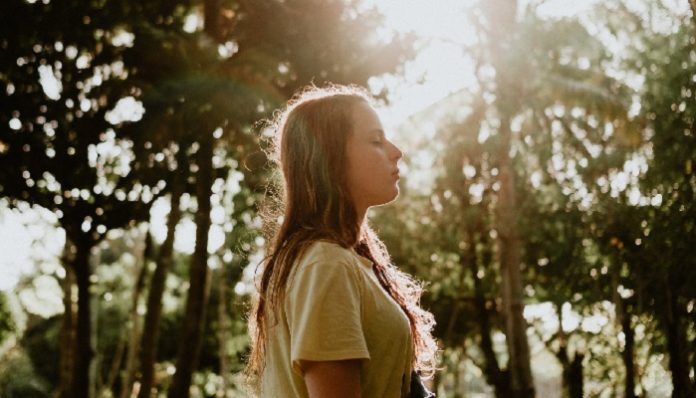 It’s easy to get stuck in a relationship, even if it’s not a good one. Comfort takes over, and we’d rather settle in and tough it out than try to find something different (i.e. better). But there are some pretty telling signs when your relationship is no longer working and it’s time to finally move on.

It’s a definite sign that a relationship is coming to an end when you have both become desensitized to each other. If your partner can watch you cry due to their actions without feeling bad, or if you can see them get devastating news without wanting to comfort them, you no longer care.

2. You can’t picture doing certain things with them

I realized when I was talking with an ex about traveling that I would definitely have more fun with another person. All I could think about was how difficult he’d be when it came to exploring and finding our way around or how picky he’d be when it came to trying different food. I wanted him to be the guy I could get excited about those things with, but in the back of my mind I knew he never would be. If you can’t picture it happening, or if it actually makes you uncomfortable to think of it happening with them, then you’re not as happy as you think.

If you fight regularly, especially when you’re drinking because that’s when the truth comes out, that is not good sign. Things won’t magically clear up and get better, it’ll only escalate. People make excuses, saying things will change, that they’ll get better over time, but that’s never the truth. If things aren’t good now, they probably won’t be later on.

4. You’re no longer a priority in their eyes

When this happens your whole relationship shifts. They used to come to you first to tell you things, but now they prefer to tell all their friends. They don’t bother answering you or starting a conversation, they don’t commit to plans in case something else comes up, they don’t try as hard to make you happy. It’s time to leave when you go from the most important person in their life to a mere afterthought.

5. They’re no longer a priority in yours either

It’s also a telling sign when the same thing happens to you. It might not bother you any more if you go a long time without seeing them, or you might start to prefer going out with your friends instead of them. You might sigh rather than smile at the sight of their name on your phone. There will be a definite shift in your relationship.

6. You’re sick of their habits

It’s time to get out of the relationship if you’re constantly ticked off by the quirks you used to adore. Obviously as you get more serious in a relationship, little things might start to get to you. But if you’re suddenly disgusted or annoyed by their routines or behaviors, it’s time to move on.

When a relationship is slowly dying bitterness begins to grow inside of you. They might not be putting in as much effort as they should, or not giving you as much attention as they used to. Once that annoyance and anger starts to brew inside of you, it’s practically impossible to reverse. Staying with them will just cause you to resent them.

8. You are always throwing jabs at each other

A snide comment here and there is pretty common in a relationship, but it shouldn’t be happening regularly, especially in front of other people. You’re clearly over it if you have no problem embarrassing them in front of an audience, making rude remarks, or pointing out their flaws when opportunities present themselves. Even if you’re angry at someone you love, you shouldn’t be calling attention to it in front of others by disrespecting them.

9. You consider other people

Imaginary scenarios are usually harmless. But if you start developing a little too serious of a crush on that coworker, or you start envisioning in-depth hypothetical relationships with other people, that’s a red flag.

If you’ve been fighting and feeling bitter and getting annoyed with who they are, you’re most likely feeling fatigued by it all. A relationship should be an aspect of your life that always makes you happy – it shouldn’t be a nuisance that emotionally drains you.

11. They don’t make you happy anymore

Even when people aren’t happy, they will stay because it’s comfortable. That’s ridiculous. Even though the thought of leaving someone is painful, in the aftermath of your break up you’ll be relieved that you did. Yes, you might love them, but if you’re not happy they’re in your life, then it should be over and done with. What’s the point of being in a relationship if it doesn’t fill you with joy? You shouldn’t be telling yourself that you’re happy; you should just feel it.

Overall, it’s important to know when a relationship is worth fighting for or when it’s time to walk away. After all, life is too short to get stuck and be unhappy with the wrong person.

How To Practice Your Partner’s Love Language While Quarantining