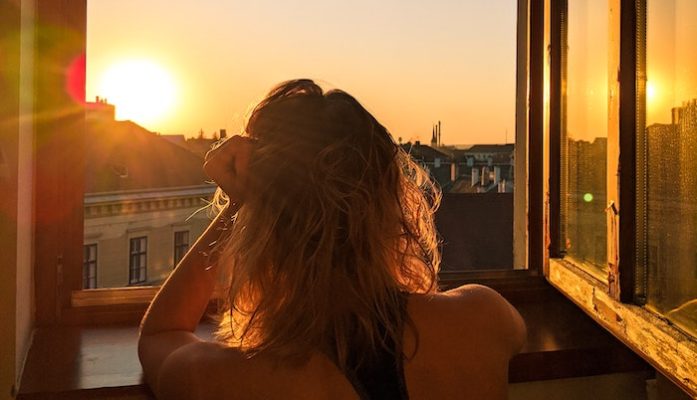 I have experienced the same dream at least four times in my life, and each time there are only a few minor differences. Recently, I have wondered: Is the dream prophetic? Is it just a warning? Or am I truly dreaming of you, my future love?

Like everyone, as a young child I had an image of the perfect man.

I even had it down to his background and his personality. He was going to be funny, sensitive, down to earth. He was going to be tall with unruly curls and brown hair, brown eyes, thin but fit. He was going to have a musical background, mostly because I love music of all sorts. The list can go on with nearly perfect detail. I also pictured that he would be younger than me, at least by a few years..

When I reached dating age, my recurring dream started. Again, it was always the same with just minor differences. I’m always in my mid-thirties with the man of my dreams.

The man in my dreams is never the man I am dating, but rather the one I pictured as a young child..

We’re coming out of a theater, and I turn back for some reason. I’m either going back in to grab something I forgot or to turn back to speak to someone who called my name. Quickly, I turn back around to the sound of a gunshot. The shooter is always the man I am currently dating and he is shooting at my future love.

The first time I had this dream was in high school, right before my boyfriend and I broke up. It happened again the year after I graduated high school, shortly before my new boyfriend and I called it quits over differences in creative licensing.  After taking a three-year hiatus from dating, the dream happened again the night before some guy dumped me over Facebook Messenger. By now when I had the dream, I knew the relationship was ending, I just didn’t realize how abruptly. So, I decided not to date again for several years.

I thought for sure I was so close. He was tall with somewhat wild curly brown hair, brown eyes, funny, down to earth, thin, and fit. He was a couple years younger than myself. But he was in a relationship already.

So, I decided to move on six months after that chance meeting. I dated my last ex-boyfriend for roughly six months and then we moved in together. We were splitting bills fifty-fifty for the first year. I thought things were moving nicely. Then year two came around and things began to falter. I started taking on all of the finances. Covid hit and I was unemployed.

As I got back on my feet, still paying bills, I took on a second job while taking classes to improve the pay at my full-time job. Then the dream hits again. I knew this time for sure the relationship was over. Within a year I was out on my own again, in a house that I now own and pay the bills for.

But after living in the house alone for a few months, the dream resurfaced again with new details. Now in the dream he has tattoos that were not present before. I’ve recently learned that the man I met in 2017 received those same tattoos that I envisioned in my dream, which he previously did not have.

So now I ask: was the dream just a warning or have I been dreaming of you, my love, all this time?

Photo by Vasily Nemchinov on Unsplash