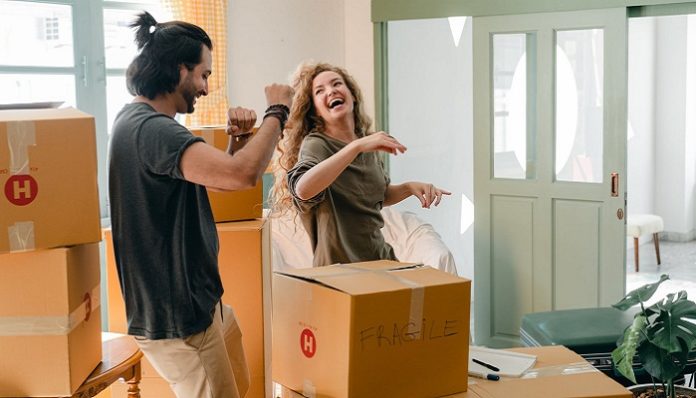 In the dating world, there are many highly valued characteristics. Individuals can define their perfect bae and not one person will have the exact same type. Of course, there are some generally standard traits. We all want to be sexually attracted to our partner, share some common interests, and date someone with at least a few brain cells. Finding a significant other with a great sense of humor seems pretty important, but what’s strange is that a lot of guys don’t go for the funny girls.

Exceptions exist–one primary example being the flawless marriage between Chris Pratt and Anna Faris–but generally, guys go for the hottest girl in the room and don’t look around for much longer. Being part of the funny girl group, I can attest to the fact that the funnier you are, the faster you get parked in the friend zone. The girls who are prone to making others laugh seem to get trapped in being treated like one of the guys. Some people can’t seem to understand that a person can be funny and sexual at the same time. This whole issue may be directly correlated with the idea that if girls have a great personality, then they have to be unattractive.

If you’re a girl who has her sarcasm on lockdown and often induces some unexpected LMFAOs from your friend group, you’re awesome, but you’ve probably wondered why you’re single when you’re such a catch. Well, let me break it down for you. Here are eight reasons why guys don’t typically go after the funny girls, but should:

1. They’re intelligent. Comedy is an art form. It’s a cerebral ability and she needs to be quick-witted and smart to be good at it. Girls who deliver Z-snap worthy comebacks on the fly need to have excellent mental acuity and even better comedic timing.

2. They’re kinda weird, but in a good way. Everyone is a little bit weird. We all have our quirks, and we all defend those quirks in different ways. Funny girls are funny because they aren’t afraid to show off their weirdness. It’s a journey trying to discover their reasons behind their odd habits, but it’s always worth it in the end.

3. They’re real. It can be intimidating to date a girl who isn’t ashamed of her embarrassing stories or expressing her opinions. Some guys just can’t deal with a woman that isn’t afraid to admit that she has scars. That kind of endless honesty can be startling when encountered for the first time.

They aren’t afraid to challenge a guy in a romantic setting, but you’ll never accept simply being a CHALLENGE for a guy.

4. Funny girls can be brutally honest. She isn’t the type to laugh if a joke isn’t funny and she definitely won’t brush it off when you say something offensive. They expect to be on equal playing fields in the dating game and they won’t accept anything less. Some girls are okay with being chased for the fun of it, but funny girls might chop your head off if you go after them with flaky intentions.

5.They know how to cheer a guy up. Being able to pull someone out of an emotional funk requires you to know someone on a deeply emotional level. That kind of knowledge suggests a relationship built on a solid friendship. Due to this stringent belief that a person in the friend category can never become a romantic interest, a girl that can make you laugh your way out of a bad mood is usually classed as a BFF and not bae-material.

6. Confidence is part and parcel with being funny. Girls that aren’t afraid of what you have to say will do whatever they want. That kind of in-your-face confidence can be off-putting to men who don’t know how to deal with someone who doesn’t need a crutch for her insecurities.

7. They are a flirting machine. Flirting is banter with a hint of romance or seduction beneath it. Just like guys turn into comedians when they’re attracted to someone, funny girls like to woo their prospects with a whirlwind of belly laugh-inducing jokes, dirty puns, and suggestive body language.

8. Laughter makes everyone a bit vulnerable, and funny girls are good at catching you off guard. She’s never what you expect. A relationship with her will always being surprising. As she grows, you grow with her. As she discovers things, you end up learning them too. Guys will never be bored when dating a funny girl.

Guys can spend their whole lives chasing after the hottest girls in the room and get caught up with someone they don’t actually know anything about.

Dating a funny girl is a pretty fun process. There’s always more to learn, and she’ll continuously keep you on your toes. Investing in a person who always makes you laugh is more than worth it. Funny girls make excellent girlfriends because it usually means you’re dating your best friend.

Should You Be Having Sex When You’re Sick?