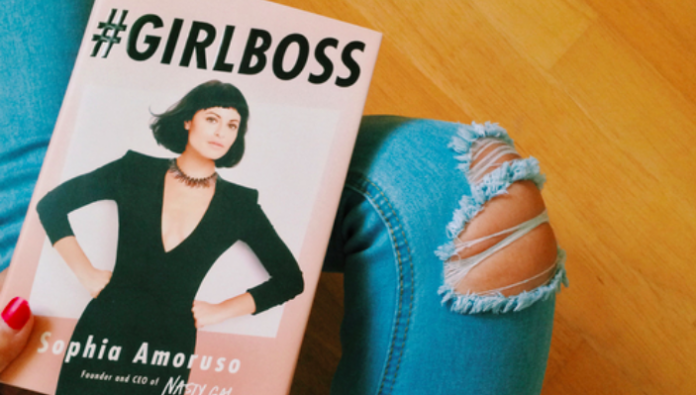 It’s easy to read a book about feminism. It’s easy to read books that are designed to resonate with you and make you feel good about yourself. But if you’re anything like me, you don’t want it to be that easy. You want a book that has a story that develops naturally and shows you things about yourself without even trying. I like to think things through and look for the meanings and messages in books that help me feel like I could take on the world. For women like me, these are 6 books you must read that will make you feel like a true badass b*tch.

Divergent, Insurgent, and Allegiant are a trilogy of books about Beatrice ‘Tris’ Prior. In her society, everyone is born into a group that holds specific beliefs and holds certain responsibilities to run the city. The story begins at the point where Tris must take an aptitude test to decide which group she truly belongs in and choose (like all people) where she will go.

The BA Factor: Tris is a great role model in terms of being a strong, independent woman. She is intelligent, brave, and resilient. She stops at nothing to defend what she knows is right, fighting for truth and justice no matter what it might mean for her safety.

In 1994, a group of mostly black, hispanic, and asian kids from various backgrounds with less than stellar GPAs were sent to room 203 for Freshman English. They all lived in California following the infamous LA Riots. Many of the students had ties to gangs, lived poor, or faced other difficulties. They were a group of kids expected to fail so they saw no reason to aim for greatness, until they met Ms. G.

The BA Factor: This is a true story and this book is a real compilation from the diaries of these students and their teacher. Everyone can find something relatable about all these people and their struggles. Through learning about these students dreams, challenges, pain, and triumphs you can’t help but think about your own potential.

Jo March and her 3 sisters are coming of age during the Civil War. Jo tells her story as the narrator who wishes things did not have to change between her and her sisters. More than that, she wishes she wasn’t facing expectations as a woman when she would rather focus on a writing career.

The BA Factor: Jo is like the original feminist. In the 1880’s (when the book was set and published,) women were naturally expected to get married, have babies, and live to serve their family. Jo is a stubborn and strong. She decides she is going to live life on her own terms and shows the world women can have it all.

Liz Murray chronicles the journey she took to go from homeless to Harvard in this memoir. The book spans several years of her life from childhood to early adulthood.

The BA Factor: Liz came from a home where her parents were both drug addicts and Liz was not being educated or cared for in the way a child needs. She went through many challenges included sexual abuse, toxic relationships, and ultimately; homelessness. She made the decision to turn her life around making the story empowering and showing us the true power we have to control our own destiny.

Skeeter Phelan decides to write a book detailing the lives of black women working as housekeepers in the south. None of the maids want to talk to her because they know the risk. That is until Aibileen Clark steps up to make a difference she knows is desperately needed. The result is not easy for any of the women to deal with but ultimately begins the movement towards change.

The BA Factor: The book may be fiction but the suffering was real and there were people who truly did put their safety on the line to make a change. This story shows women banding together regardless of what the world thinks.

“Ma” was kidnapped at 19 and forced to live in a tiny room in her kidnapper’s backyard. There, she gave birth to his son, Jack who tells the story. The suffering that the characters endure is unbelievable. However, the character of Ma (we never learn her real name,) serves as an inspiration.

The BA Factor: Without giving too much away, the character serves as a reminder of the strength of the human spirit. She stands up for herself and him at every turn, no matter the cost. Most women cannot imagine a life-like she leads, yet she does and she does so with the utmost grace.

Being a woman who reads can be one of the most empowering experiences there is. Reading opens a door to new worlds that become an extension of our own when we choose to let them. Many character we read about may be made up people but they still have a way of showing us things about ourselves and our lives that most of the real people we know could never do. If you’re ever looking for a bit of inspiration or just need to be reminded of how awesome women can be, you now know where to look.