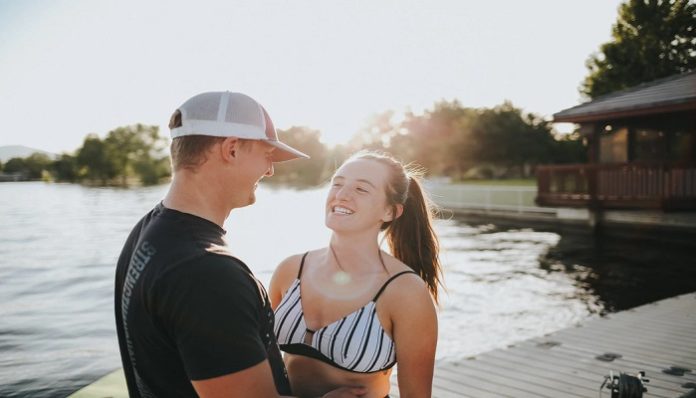 The other day my friend was telling me about how she had some problems with this girl. The problem was my friend had hooked-up with a boy, and this girl was mad because her and the boy were “talking.” You know what talking is, it’s that limbo between when two people meet and when they actually start dating. Today people, especially us college kids, are so vague when it comes to relationships. “Were just talking.” So when no clear lines are drawn how do you know what’s cheating and what’s not? Here are some helpful guidelines to help prevent you from destroying your potential relationship.

If you are “just talking” then playing field is wide open. You are in no way committed to each other, you’re still feeling each other out. And despite popular belief several texts a day does not a relationship make. So you are free to hook up with whomever you would like.

If you’ve only been on a few dates, then you are still ok. You haven’t fully committed, you might not even see each other again. Basically your single and ready to mingle. Do whatever you want! Go out have a good time, make out with that hottie over at the bar. You have no significant other to tie you down.

You’ve been dating for a while but you are not exclusive, now this is where it gets tricky. If you are not exclusive than technically your still free to hook up with whomever you want; although your datemate might not be too thrilled if he/she found out. So in this case I say stop and think, do you REALLY like them? Do you see yourself with them a couple more weeks down the line? Would it hurt you to hurt them? If the answers to any of these questions is yes, then just turn around and walk away.

You are in a fully committed, exclusive relationship. Stop, just stop. Whatever you are thinking about doing just don’t. The only physical contact that’s ok for you is a handshake or a hug. Sorry, but no making out with hotties at the bar for you. But that’s what happens when you commit, no hooking up with strangers, you are only allowed to hook up with your boo. If you’re in a committed relationship maybe consider being the sober buddy when you go out just to help prevent you from doing anything you might regret.

In truth the easiest way to avoid potential cheating situations is to sit down and talk about it. Just tell them what it is you want. Tell them that you don’t want commitment, you just want a FWB. Or if you do want a relationship, let them know that casual hookups just aren’t really your thing and tell them you want commitment. Trust me you don’t want to be three months down the line finding out he thought you were in a relationship, when you thought you were just FWB’s. So just ask it’s the surest way to ensure that you avoid all those super uncomfortable meetings in the student center. It’s that easy.

How I Went From Being His Stripper To Being His Wife