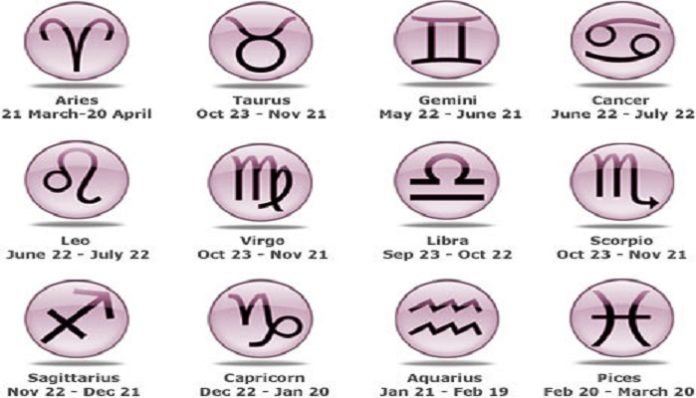 I was filled with a huge mix of emotions, and immediately sent the screenshot to a group of girlfriends, because I didn’t want to be alone in my devastated discovery. I wouldn’t want to jump to conclusions, but I was horrified.

My friends were just as horrified.

“Pretty sure I’m still a Scorpio….not a Virgo.”

In 2011, a group of astronomers from the Minnesota Planetarium Society discovered that because of the moon’s gravitational pull on the Earth, the alignment of the stars had been pushed by roughly a month. This means that, according to this particular study, the chances of you being the zodiac sign that you were born into is pretty low.

After reading this article, I read through a bunch of zodiac posts, reading my “new” sign. And you know what? I still identify with my birth sign, Pisces. Aquarius, my “new sign” is one of the farthest things from the truth.

In response to this “change,” astrologer Jeff Jawer explained that Western astrology uses the tropical zodiac, which is fixed to seasons. Apparently the sidereal zodiac, recognized in the East, is the one attached to the constellations, which is the one that would be affected. He says, “Astrology is geocentric. It relates life on Earth to Earth’s environment, and seasons are the most dramatic effect, which is why we use the tropical zodiac.”

After doing a bit more research, I discovered that this article came out in 2011, and the change to the zodiacs just didn’t stick. I read through the comments section of this tweet and read the outraged comments, people swearing loyalty to their original zodiac signs.

Apparently, this article resurfaces every few years, whether to confuse people, make people mad, or simply to try to re-implement the change, I’m not really sure.

What I do know is that, although initially shocking, the horoscopes as we know them are remaining the same. If you were born a Cancer, congratulations, you’re still a Cancer. And also, the addition of the 13th zodiac? Also a hoax.

So rest peacefully knowing that the next zodiac article that pops up on your Twitter Feed will still be accurate, and that you don’t have to completely shift your astrological identity.

5 Steps To Attract A Man Who Isn’t Giving You The...