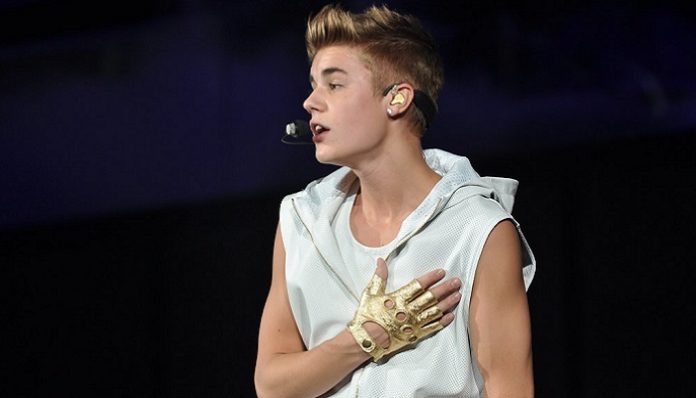 As a faithful Belieber, I could write a 10 page paper on the reasons why I love Justin Bieber. I’ll never forget watching his first YouTube video and instantly falling in love. Over the years, I’ve stuck with him… despite the drama, girlfriends, and scandals. Not because I liked his hair (okay, yeah that too) but because he is a talented musician and proof that anything can happen if you give it your all.

Even people who claim to hate him have to admit he has talent. If you deny that, you’re kidding yourself. Or you haven’t listened to him, ever. Like it or not, the truth is that regardless of who you are, how old you are or what your taste in music is, you can’t help but love da Biebs.

Justin doesn’t just sing, even though he does that like a freaking angel. He plays guitar, drums, piano and the trumpet. He’s played most of these since the beginning of his career.

Becoming an adult in the spotlight is not easy. Given everything that was thrust upon him at such a young age, it’s understandable that he’s had some scandals… Think about all the other celebrities you’ve known in the past to have a fanbase as huge, as loyal and as obsessive as his. Now think about the scandals that those artists have gone through. Justin is no worse than any other celeb and he’s come forward and apologized, sincerely, as he’s grown over the years.

Any true Belieber knows that Justin’s family life hasn’t always been happy-go-lucky. He’s gone through up’s and down’s with both parents but has emerged from everything with, seemingly, close bonds with both parents and with his (adorable) siblings. Not to mention he’s always been adorably close with his grandparents. Cute, right?

Above all, you can’t help but love Justin, because of his love for his fans. He pours his entire soul into everything he does. He has had to rebuild his reputation after doing dumb teenage things, but true Beliebers never left his side.

Seeing him perform live, I can promise the haters that he’s the real deal. He is also one of the most popular men in the entire world. Girls scream when they see him, he can’t go anywhere without being recognized, the world’s eyes are constantly on him. I can’t imagine that kind of pressure but it can’t be easy. So stop hating on the Biebs and just embrace the Bieber Fever.