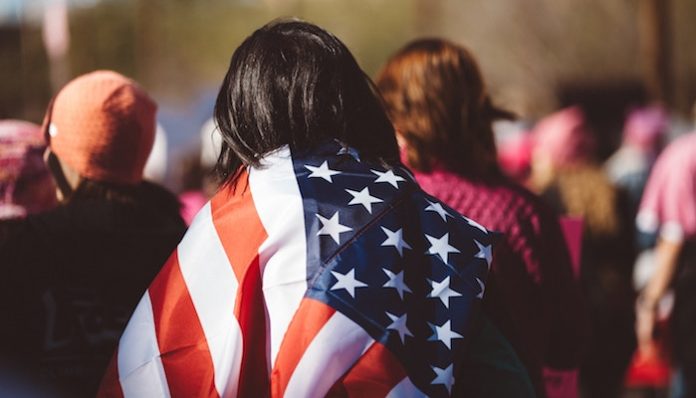 That quote was something that I first heard in religious school when discussing the travesty and genocide of human life during the Holocaust. However, that quote can be applied to any historical event that should never occur again.

On this day 74 years ago, Allied forces landed on the beaches of Normandy, France with the goal of stopping Nazi Germany from further death destruction.

At its core, World War II was started by a man so devoted to a cause and hatred that it took a true toll on humanity and civilization that has not been forgotten.

Every D-Day, and every Veterans Day and every Memorial Day, especially here in the United States, we honor the lives of those who served and gave their lives for the safety of our country. We thank living Veterans for their bravery, their sacrifices, their courage, and their willingness to be selfless and fight for a cause bigger than them.

That is why it’s so important that we keep up the memory and the conversation with veterans about what happened. The horrors they witnessed, the injustices they fought against, and the cruelty of the times.

While countless books have been written about the events of D-Day and those who served, the logic and strategy behind the operation, it’s the human ability to recall the details of the events that is most miraculous. Eventually having first-hand accounts of the events that went down on the beaches of Normandy will no longer cease to exist, and all we’ll have are secondhand stories passed down.

Given everything going on in our current geopolitical climate and an administration so focused on perverting the truth, time will only tell whether the stories of these veterans will be rewritten. There are plenty of people who are Holocaust deniers, individuals who claim school shootings are hoaxes, and a litany of other sick human beings who deny that other grave tragedies have taken place.

Yes, there are memorials and museums devoted to historic events, first-hand narratives are the most compelling way of learning about a topic, especially a topic such as war. Luckily, there are organizations that aid D-Day veterans in visiting Normandy so they can help bridge the memory gap between generations to allow them to continue to share their stories.

War is not the easiest story to be told, it’s complex, it’s violent, it’s harrowing, but it’s a fact of life. If it was not for these veterans who invaded Normandy, who knows what the outcome of World War II could have been (although there have been plenty of fictionalized narratives created if the Nazis have won).

I mentioned earlier the quote by Mr. Santayana that history is bound to repeat itself if we don’t learn from it. As an American, especially a Jewish-American, that quote resonates deeper to me than many. The horrors of the Holocaust and the effects World War II had on my people can never be forgotten and it’s because of efforts to have survivors share their stories that we can learn from it. Each and every Holocaust memorial and museum I’ve walked foot through, there has been a conscious effort to have survivors share their stories. Without those stories, it gives deniers further credence to discredit the slaughter of almost 12 million innocent lives, both Jewish and non-Jewish.

So on this D-Day, think about the men who sacrificed their lives, put their lives in jeopardy for the greater good. If you ever get a chance to meet a veteran, whether who was on the beaches in Normandy, or any other conflict, take a minute to speak to them. Tread lightly of course and be respectful, but they’ll be more than happy to share.

We need to continue to share the past with the future, one way or another.

Photo by Josh Johnson on Unsplash

Women With These 4 Personality Traits Are The Best People To...