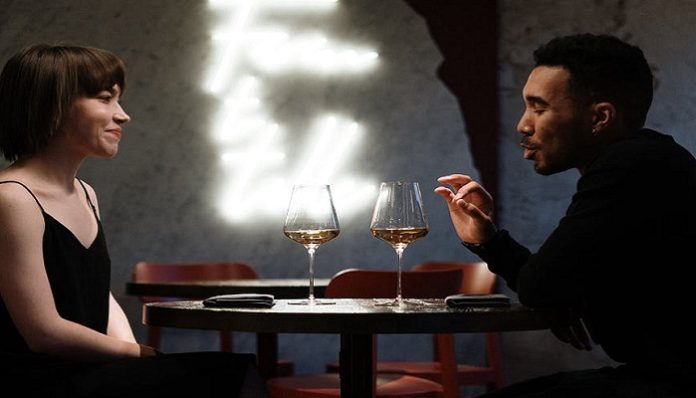 When most of us think of first dates, we think awkward silences, forced conversation and the classic OMG-are-you-going-to-try-and-kiss-me-because-I-really-don’t-want-you-to dilemma. Truth is, some first dates can be awful. In fact, even awful doesn’t even cover the story I’m about to share with the whole world. BUT I’m willing to share this most embarrassing tale to reassure you that there are ways around even the most awkward of situations (even if it does involve hiding behind a trash bin) so there really is no excuse to refuse that guy a first date. There is always an exit route…

Rewind five years – when I was 16, I went on my first-ever blind date. I like to call it a blind date; speaking technically, it wasn’t because we’d chatted on Facebook beforehand, but I refuse to classify it as anything other than a blind date. Mainly because of the fact that he didn’t live up to his Facebook profile which led me to believe the guy was at least a 7 out of 10. (Spoiler: pictures can be deceiving).

Lovely as he seemed, this guy had been waiting at the cinema for over an hour for me, pre-booked the tickets AND took it upon himself to book us into seats on the back row (presumptuous.) I instantly wasn’t feeling it. I mean he was nice enough but I just felt new levels of awkward, so proceeded to spend the entire two and half hours of the film leaning as far away from him as possible in case he tried the classic arm-around-the-girl move and avoiding a potential kiss.

Long story short, I managed to avoid all of the above (yay) and after thanking him for paying for the movie, tried to run as quickly as possible away from the situation. He, being a gentleman, offered to walk me to wherever I was being picked up. CRAP. I panicked and in a moment of complete horror acted out a completely fake conversation with my mum who I pretended had told me she was collecting me from the other side of town… how convenient. What I didn’t plan on happening was nearly bumping into him as I made my escape (the shopping centre meets in the middle) so in another moment of complete panic I hid behind a trash bin. Yup, an actual trash bin. As I sat on the cold, hard ground next to a smelly bin, I considered it to be the lowest point in my life so far.

BUT, alas, I have moved on from the situation, been on several dates far more successful and have lived to tell the tale. Truth is, disaster dates will happen but here’s 5 easy ways to get out of a bad date without hurting his feelings.

Just remember always be polite, because karma is a bitch. Someday a guy might want to Lemon Law you. Dating doesn’t have to be all horror stories and awkward pauses. As long as you’re well prepared with a barrage of ways to avoid even the most awkward situations, you are set to be let loose within the dating game. After all, we are all going to have to kiss a few frogs before we find our Prince Charming, so pucker up and enjoy the ride.

What You Should Take With You If You Have To Evacuate...