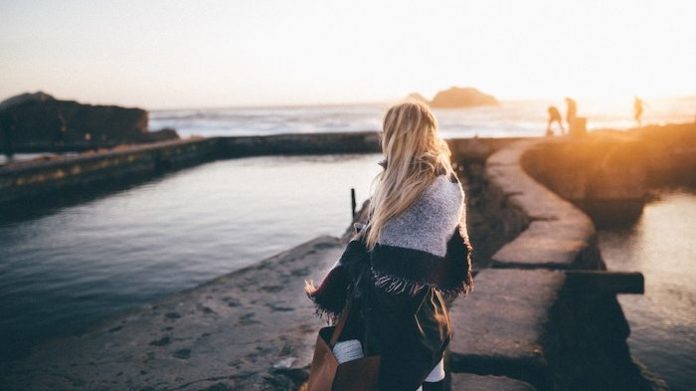 At times, getting over a crush is harder than an official breakup. All of the “what could have been’s” are devastating, and they’re primarily what keeps us intrigued (despite any warning signs that we should leave them). We fantasize about this person and idolize them, without knowing the real them. As a result, it’s way more difficult to give them up because we don’t have any tangible proof we can truly see. It’s all in our imagination.

However, there are plenty of valid reasons to “move on” from someone even if you don’t have an actual relationship with them. Trust me, the “what if’s” are all in your head — don’t let them keep you hooked!

Here are 4 signs you should move on from your crush:

1. They don’t acknowledge your existence.

No matter how many thirst traps you post to your Snapchat or Instagram stories, you’re still not catching their attention. If they’re not picking up on your obvious cues, they more than likely just aren’t interested in you. You need to take the hint and move on.

Sure, you may have some conversation with them. But in the long run, if all you ever do is flirt lightly instead of talking about meaningful things, then it’s probably nothing more than physical attraction. If a person is genuinely interested in you, they will make an effort to get to know you on a more personal level. And if they aren’t acting on the flirtatious banter you two have, then they clearly don’t want you enough to actually pursue you in a real way. Move on.

It’s hard to tell when you’re becoming obsessed about or dependent on someone else, but the signs will eventually become clear. Sure, it’s natural to daydream about your crush and fantasize about how great your lives could be. But if all you do is talk about them to your friends, constantly replay your interactions in your head, or allow this person’s involvement in your life affect your daily mood, it’s a sign you’ve become too invested in your crush. You need to start focusing on your own life and how you can make it better. Don’t let the shred of a possibility with your crush prevent you from doing something for yourself. The right person will come along after you’re able to focus and appreciate yourself first.

4. They are dating someone else.

I know this seems quite obvious, but a lot of people will wait it out, or even settle for being the “side piece” until the main relationship ends. However, most of the time that’s where you’ll stay in their life. You aren’t valuing yourself as someone who deserves a devoted partner, so they aren’t going to value you either. Don’t make yourself “second best” — you’re first place, baby. Spare yourself the drama and find someone who doesn’t come with all that baggage.

It’s hard to identify when you need to move on from a crush and focus on something or someone else. It’s also easier said than done, but it’s entirely possible with the right push. You should want someone who genuinely wants to be with you, not wishing that one day they’ll finally want you.

Remember, don’t chase someone who doesn’t want to be chased. You are the tequila darling, not the lime!

Featured image from @jcanelis via Unsplash.

I Think It’s Important To Stay Fit For My Husband