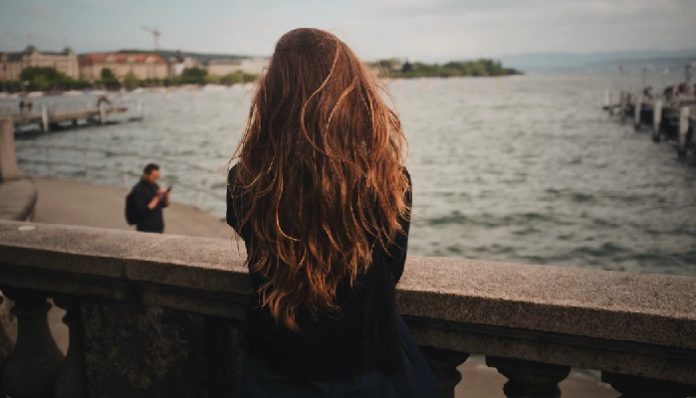 When I was 18 I was gang raped. I’ve never shared this story before with anyone, not in its entirety. It feels surreal to me, it feels like a lifetime ago, but it happened, and it is a part of me. I was afraid that if I wrote about it, I wouldn’t do it justice, I wouldn’t capture how I felt properly, no one would care or listen.

I’ve read countless stories of people coming out and sharing their experience of sexual violence with the public. I am desperate to make sense of my own experience – to understand, to get validation through the stories of others. It’s silly, but if I could find someone who experienced what I did and they were told “that was rape,” maybe I can stop blaming and doubting myself. I read stories about how survivors were disgusted with their rapists, avoided them, hated them; but I didn’t. I didn’t even realized I had been raped, so how could I have those feelings? My response to my experience of sexual violence is a little different, and today I share my story.

Maybe I’m getting ahead of myself. The first time I was raped was in high school. There was a boy I liked, though he wasn’t my type. I was a competitive athlete, he was a musician, and a “bad boy” someone like me was intrigued with. He invited me out, and I thought he liked me, and doesn’t everyone want to be liked in high school? As high school students do, we drank in a parking lot with his friends.  However, it all went downhill from there.

The rest of the night is blurry. I remember being in a car, I remember being in the back seat with him, touching his arm, flirting while his friends were in the front seat rolling a joint. I didn’t smoke weed, or cigarettes, I barely even drank. The next thing I remember was being in a basement. I don’t really remember how I got there, but I was on a bed. He was undressing. I asked where I was, he didn’t answer. I blacked out. When I came to, he was on top of me. I should have yelled, or pushed, or fought; but I didn’t. I just took it. I blacked out again. When I finally came to my senses, I began to cry. I called my best friend to pick me up and I got Plan B the next day.

I didn’t want anyone to know what had happened to me. I didn’t think I had been raped because teenagers have drunk sex all the time, don’t they? Still, I had only had sex with one person before that night, and I was so angry with him. He profusely apologized to me the next day with letters, calls, and texts. I had never had a one night stand, I had never slept with anyone I attended school with, and I was afraid my reputation would be ruined if he told. I ignored him, but he continued to plead with me, promising something like that was out of character and that he would never be like that with me again.

Stupidly, I accepted his apology, I gave him another chance, and we dated a year and a half after that. He never acknowledged it as rape, rather, he insisted I was too drunk and he took advantage of the situation. I thought it was over, but it had only just begun. To my horror, rumors began to surface in my school, and the story of my sloppy one night stand spread like wildfire. I felt forced to come out and tell the truth about that night. I had hardly made sense of it myself, and now everyone knew. I broke up with him. I was slut-shamed. I was called a liar, and I was targeted by his friends in the hallways for “tarnishing” his reputation. I was bullied every day, and my rapist did nothing to stop this. I contemplated suicide for weeks, but instead, I turned to cocaine to numb the pain.

My grades dropped but I still managed to graduate with honors. I postponed going to University. I started smoking. I had gotten cut from my soccer team that year, so I wasn’t an athlete anymore. I withdrew from my old friends and team-mates. I befriended a small group of girls that liked to have sex, party, and go to clubs. I thought they would accept me, and they were from out-of-town so my reputation didn’t follow me there. There was one house that always threw parties that they would take me to. They boys living there were nice, and they always supplied the alcohol. It makes sense in hindsight.

One night though, we were partying at this house, and I had my eyes on this boy. He took me into the private room and began kissing me. I wasn’t interested in having sex with any of them, but I liked the attention they gave me. He made me feel pretty. I wanted to kiss him. But he began to unzip his pants, and I tried to be polite and “go see how my friends were doing.” I tried to find an out that wouldn’t upset him, an excuse to leave. He threw me on the bed. He was on top of me, and I was kissing him back as I tried to strategize another way to get out of the situation safety. I heard the door open, and two of his friends came in. I thought I was safe, that I could rejoin my friends now. But instead, they began to undo their belt, with a sinister smile on their face that is…burned into my brain. The sound of a belt buckle coming undone horrifies me to this day. They got on either side of me. I shouted no, but each man took a hold of my hand and forced it onto their parts. They were speaking Spanish to each other and making vulgar comments towards me. I told him to get off me, and the man on top of me told me to shut up and put his hand over my mouth. I froze.

It became clear to me I wasn’t getting out of there. I thought that if I couldn’t control whether It was happening to me or not, maybe I could influence how long it lasted so I participated to get it over with. Each moment was worse than the last. I tried to retain any sense of power I could in this helpless experience. I did what I was told, I pleasured three men at the same time, and once they were done, I begged my friends to take me home, and I never told them what happened. I cut myself that night. I started to cut all the time after that. But still, I pleasured them, I participated, so It couldn’t have been rape, right?

I became so detached with my body. It was like it wasn’t meant for me, it didn’t belong to me. I began to offer my body to anyone who expressed the slightest interest. At least then it would be my choice. I would have rather been a slut instead of a victim. I would offer my body for drugs in fear they would take it anyway. Those who I thought were my friends saw me struggling, and instead of offering support, they offered me money for sex.  At least this way it would be my choice, at least I would get something out of it. I became incredibly promiscuous, convincing myself that my body was “nothing special” to me like it once was.

All of this happened over six years ago, and I am still dealing with it every day. I’ve never met anyone who has gone through what I have and It’s difficult to make sense of something when you feel like you are alone. In my first year of University, I joined groups that advocated for social justice, I joined feminist organizations, and in my third year, I was given an opportunity to fight against gender based violence at my University. Now I am 23, and I am graduating this year and I am attending graduate studies next fall. I have been clean for almost four years. I have become a fierce advocate for women, and I have a great support system. I am also happily living with my partner of almost 2.5 years, and he is wonderful to me. But I also have trust issues with men, I cringe at rape jokes, I’m on antidepressants, I still have horrific nightmares, I hate my professors for being so casual and open about these topics in lecture, and the desire for sex is difficult for me to possess sometimes. It’s a process.

The worst part for me is that these men, took my life and turned it into a nightmare. They shook everything I thought I knew about myself, and flipped my world upside down. I fell down the rabbit hole, and it has been a tremendous struggle to crawl out of it. I feel damaged, and tainted, and it is simply not right that they get to go about their lives completely untouched by this. That is what makes me the most furious. It is so unfair.

But I am so grateful for all of those who helped me along this journey. Those who were my allies, and helped me learn to feel safe again. To reconnect with my body, and to help me find a little peace within myself again, and to quiet those voices in my head that tell me it was all my fault. Those men didn’t break my spirit. They didn’t win. I feel empowered by myself because I didn’t let them take my future away from me. I worked hard and got back up. I am a survivor.

I may not have fought them then, but I fought back eventually; and I won.
Thank you for letting me share my story.