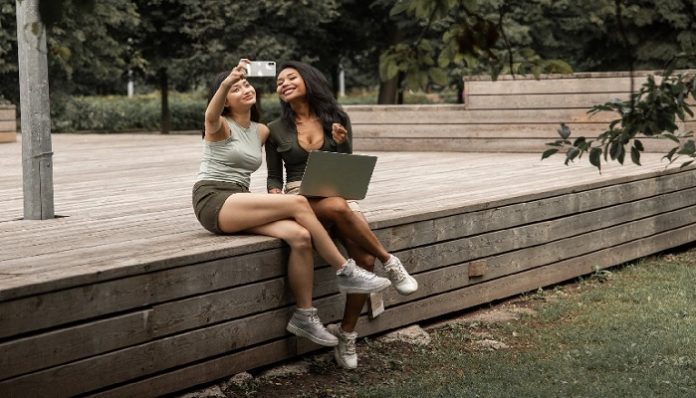 If you love taking selfies, you may want to think about the results of this recent University of Toronto research study. How good-looking or likable do your friends really think you are based on your weekend brunch or cuddly puppy selfies?

During a study led by Daniel Re at the University of Toronto, 198 students were asked to take a selfie using a smartphone and compare it with a photo taken by another person. Out of the 198 participants, 100 of them reported to be regular selfie takers. The students had to rate each photo based on how attractive and likable they thought their friends would believe them to be in the photos if they had uploaded them to social media. Next, each photo was rated by 178 members of the public based on how attractive, likable and narcissistic each person might be in the photos.

The researchers discovered that both regular and irregular selfie takers thought they would be seen as more attractive and likeable in their photos than they really were. Once the selfies taken by both parties were judged by the 178 outsiders, it was clear that selfies really are not viewed as highly by others as their owner’s may hope. Regular selfie takers overestimated their photos, especially in their selfies, compared to the results from the outsider ratings. The narcissistic ratings received by the external raters really showed how much the selfie takers overestimated their own photos, and quite possibly their own egos.

Upon the study findings Re stated, “people take so many of these, they trick themselves into thinking they’re doing a good job at it. Ironically, by doing so, they may be making themselves look more narcissistic and less attractive.”

University of Toronto’s own Peter McMahon reports that Re says he’s interested in doing a follow-up survey with a larger, more-diverse sample, as such insights into our online presence can have important implications for career advancement, personal relationships, and other instances where it’s important to be seen in a positive light.

Most people may view selfies as a harmless trend, but back in 2012, psychologists linked the trend to addiction, depression, and anxiety disorders. According to New Jersey resident, Chris Ziegler, “In December 2012, a British teenager attempted suicide because of a selfie addiction that led him to take more than 200 photos of himself per day. A 2013 study from University of Birmingham found that Facebook users found that posting a high level of selfies correlates with lower levels of support and closeness with Facebook friends. The study states that “those who frequently post photographs on Facebook risk damaging real-life relationships.”

When it comes to sharing those beach selfies this summer, it may be a better idea to kick it old school and ask someone nearby to step back and take a photo of you and your friends. Another simple alternative would be to start sharing selfies and photos through Snapchat. You still get to take selfies when you’re looking’ good, but the results don’t hang around to haunt you forever.