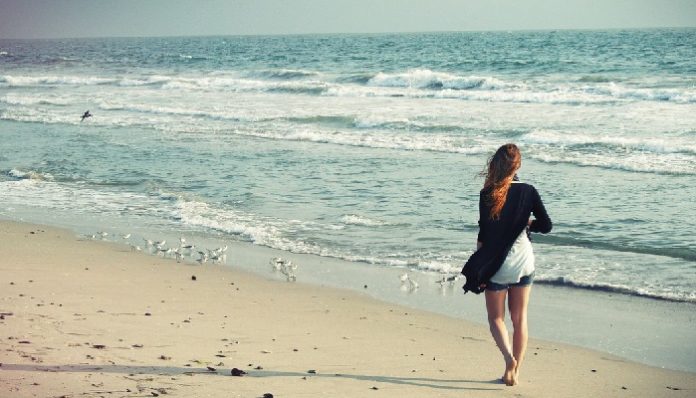 Our generation suffers from what I call the “overanalyzing and under-performing” plague of 21st century. We talk the talk, and even do the research, but when it comes to walking the walk, we either freeze like a snowman and procrastinate like it is the peak of exam season…all day everyday. Below are seven things that I believe people need to stop overanalyzing and pull a Nike (JUST DO IT).

1. Travel
People always tell me “omg you’re always traveling, how do you do it?” and the answer is quite simple: I just do it. When it comes to travel, if I want to go somewhere, I book it. Is it expensive? Maybe, but if you do your homework, you’d be pleasantly surprised how affordable traveling can be. Anyone can travel, it just comes down to making the time, focusing on saving your money, and then enjoying every second of your trip.

2. Business Ideas
Whether you had an apple fall from a tree and hit you on the head, or whether the idea made its presence known during your morning shower, you’ve probably had a moment where you think you have stumbled upon what would be the world’s next greatest invention. The only way to find out if your hunch is true is to put that idea into action and get the wheels rolling! Sure, more than half of new entrepreneurial ventures aren’t successful, but sometimes in life the journey is more rewarding than the actual destination.

3. Love
Love is probably the most over thought aspect in life. Period. (Just me? Well this is awkward.) There’s enough articles on the internet about girls expressing how they are unsatisfied and frustrated with dating in the 21st century – that dating has been taken over by mind games, short-term sexual pleasure, and fuckboys. Ditto dingo to all the above, but newsflash, the best way to solve all of these infatuation issues is to stop thinking and start talking! Your thoughts can spin in circles all you want, but the only way you are ever going to know what is on another person’s mind is by asking. Plain and simple.

4. Haircuts
The easiest way to change-up your look or hit the refresh button is a little snip snip! You’d be surprised how much a new hair color, or a significant chop can change-up your appearance. Look at it this way, if your hairdresser really cuts 10 inches instead of 8, or if that auburn look ends up being a little more firecracker like than you thought, it’s just hair! Nothing a new color, or growing time can’t fix.

5. Learning a Language
Whether it be in preparation for a vacation, or just for fun, learning a language definitely requires some time and preparation…with greater emphasis on the time part. You can search high and low for the best “Italian for Dummies” guide, or fork out tons of cash finding the best online language course, but in reality there are countless free and easy to use language resources are on the Internet. Something as easy as spending a couple of minutes a day on Duolingo (which is free by the way!) can lead to some major progress on your road to being bilingual/trilingual/quadrilingual…I’ll stop now.

6. Closet Clean-Out
Deep down we all have a bit of hoarder in us, and I think it’s a valid assumption to make that most females exercise their hoarding tendencies on their closets. A good closet clean out not only frees up some space in your room, it often ends with you feeling like just went shopping because you’ll end up finding tons of stuff you forgot you had!

7. Fitness Plans
Okay I lied. Love isn’t the most over thought aspect of life – “getting healthy” definitely is. The cliché attitude of “diet starts tomorrow…no actually the day after tomorrow…how about next week?” is one we all know too well. Or how about spending hours online finding new fad diets or workout routines? More often than not we only end up committing to 3 days until the cycle restarts.

This list is not exhaustive in the slightest, but it’s a good place to start when thinking of putting some of your goals into action and it’s reassuring to know you aren’t the only one out there fretting over the following. So stop thinking and start doing!! They say time is money, and you could have been half way to France, with your new haircut, and French lingo ready to go… Bonne Chance!