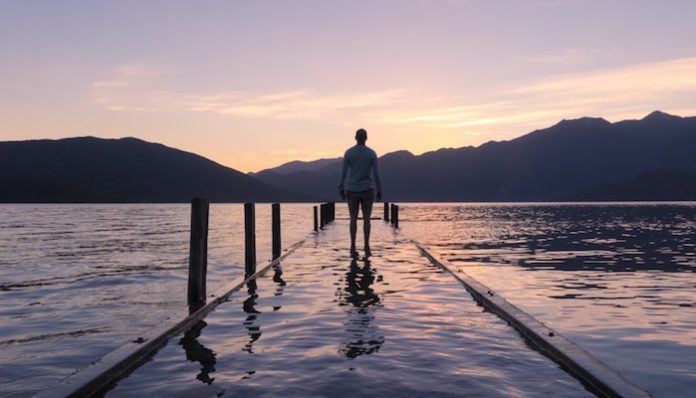 I have been single for four years. Four years. Yet, I’m totally happy with my relationship status, and I have embraced it for all the good of singlehood. I’ve heard everything from “you’re bitter about love” to “you’re jealous everyone else is in a relationship and you aren’t” when I’ve said how genuinely happy I am. People only fixate on the negatives and don’t realize the benefits there are to being single in your early twenties.

Being single has given me the opportunity to focus on things I wouldn’t be able to experience if I were in a relationship.

And I’ll always be grateful that I’ve had these experiences that others may not have had the opportunity to.

Being single has allowed me to refocus on myself and dedicate time to my self growth.

I’ve self-reflected about who I am as a person, what my beliefs are, what I stand for, and what I need. By giving myself time to do things that make me happy, I learned to focus on myself. I’m living 100% for me. And I’ve grown to be unapologetic for wanting to be selfish at this time in my life.

Being single has influenced my decisions on the lifestyle I choose to have in a very positive way.

I’ve realized that I like being the girl who works hard but plays harder. If I want to go out with my girlfriends for a wild night out, I can. But if I want to go to the gym or have a relaxing night at home, I can do that too with no regrets. I don’t have anyone to interfere with the life I live, and I’m enjoying that freedom while I can.

Being single has allowed me to work my ass off.

I’ve been able to maintain two jobs, even three, during these four years. During this time, I’ve noticed that men are often intimidated that I’ve become every workaholic character Katherine Heigl has played in a rom-com. I’ve learned to value and be proud of my hard work ethic. I’ve realized that I have the drive to do what it takes to be successful, have money and actually learn to save it.I’ve realized I need someone who will support that I love working a little extra and encourage it. I wouldn’t have been able to save as much money as I have over the past four years if I were in a relationship. I wouldn’t want to work that much and I’d prefer spending time with them.

Being single has also allowed me to become closer to my family.

Because I haven’t had someone special, I’ve been able to enjoy more family time and bond with the extended side. By spending time with them, I’ve learned so much about my family and received a lot of advice that has helped me make critical decisions. Plus, it’s nice to have a close relationship with people I’ve known my whole life but in an adult manner.

Being single has helped me recognize the kind of men I want to date.

After many failed dating attempts and a few heartbreaks, I’ve learned what traits I like in a person. What my deal breakers are, and the warning signs I should avoid at all costs. My judgment on men has completely changed and I’ve learned that trusting my gut is always right. I’ve learned that love should not be confusing. If a guy wants you, you’ll know.

Being chronically single has helped me discover myself and taught me more lessons about life and myself than any relationship ever could.

At this point in my life, I don’t want to dedicate my precious time to someone who more than likely won’t benefit my future in the way I want him to. And I don’t let the pressure from society change my outlook.

People can judge me all they want, I really don’t care anymore. Sure, there are nights I wish I had someone to cuddle up with, but it’s not a priority right now. I’ll always be thankful that my core development years of my adulthood have been spent being selfish and setting myself up for the rest of my life. Because at the end of the day, you might think you and your loved one are meant to be for the rest of your lives, but in the end, you only have yourself to worry about and you need to focus on her for a bit. That special person will come when the time is right.

How To Attract The RIGHT Kind Of Man Who Wants Real...