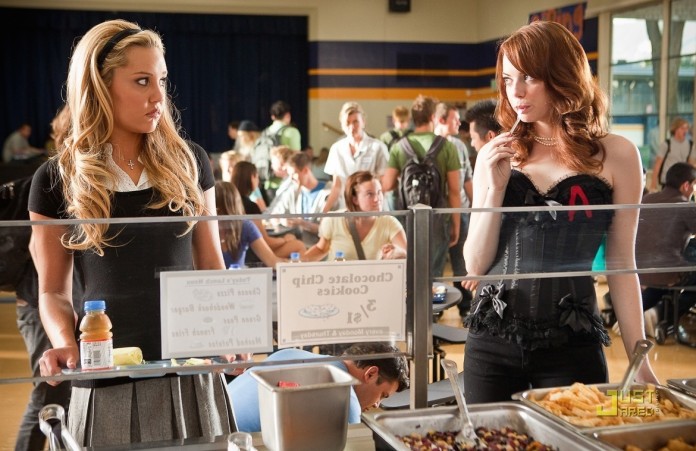 All girls have a two-sided opinion on the female gender. They have their borderline lesbian lover best friend, and then the girls that they mercilessly trash for having the same unpleasant character traits that they possess themselves. To sum it all up, girls hate other girls for five simple reasons.

Jealousy is a bold trait in females. Women are under the impression that hating another girl will make them the superior candidate for the man they are, for lack of a better word, “competing” for. A girl will hopelessly flirt and make advances towards a guy for months, and when another girl shows the same interest in him that she has, the claws come out. But hey, who doesn’t love a good cat fight? The problem is that most girls have never realized that they can’t just hate another girl for feeling the same emotions. Jealousy is never pretty, ladies.

Girls are notorious for fishing for compliments. Women adore hearing all the great aspects about their physical appearance. Because let’s face it, they spent a lot of time putting on makeup and they want you to acknowledge it. Girls are seasoned veterans when it comes to getting a compliment. However, when she sees another female getting more attention, she’ll either a) look in the mirror and slowly pick apart every imperfection she has and convince herself of reasons why she has less likes on Instagram or b) point out every imperfection the OTHER girl has. Odds are, she’ll probably do both.

Women will swear up and down that they respect themselves, and they very well could. But if a girl is low-key sluttin’ around, she’ll most likely judge the girl who’s never even kissed a boy just to make herself feel better about the places her kitty cat’s been recently. Now I’m not saying there’s anything wrong with a little promiscuity –let your freak flag fly, girl. But girls who are insecure with their choices prey on the ones with more self-control.

Girls will try so hard to stand out that they will tear apart anyone who follows a trend. They’ll go out of their way to call a girl “fake” if their efforts are more noticeable than their own and are quick label someone a “try hard” if they are simply trying to be different. These people hate the “mainstream.” But here’s the thing: the term mainstream is meant to define something that is currently popular. Today, the popular thing to do is to stand out from the mainstream. Therefore standing out from the mainstream, is mainstream. Seems pretty pointless, correct? Hypocrisy is practically synonymous with “female.”

Females crave attention. More specifically, to be considered the most intelligent. Everyone knows guys are attracted to a girl with brains. Who wouldn’t be? Girls will be on constant lookout for someone to correct in order to showcase their ridiculously fed ego and superior education. They will then prey on the easy target of girls who pretend to be dumb “because it’s cute”. It’s an unwritten rule to misuse words to make a point in a female fight.

So there you have it, the insight into the mind of a typical, modern day female. We don’t make sense, but that’s what makes us who we are.

8 Things That Are Draining Your Car’s Battery