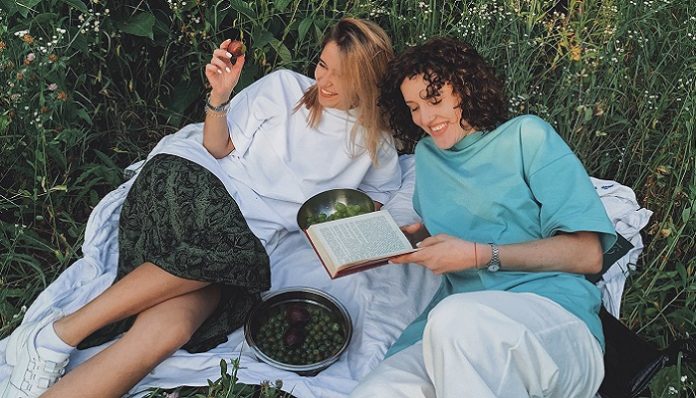 As many of my friends are well aware, they are sassy as hell. Sometimes I just want to have a normal conversation and it turns into something weird, off-topic, or crude. Sometimes I make the most minuscule of all comments and it turns into the world. Despite all this, I wouldn’t take away their attitude for anything.

Sassy friends are the absolute best kind of friends to have. Here’s why:

1. They Keep You Grounded: Your thoughts and opinions matter to them, but the reality is, they also don’t give a shit. If they disagree with you, they’ll tell you. If you’re overreacting or being stupid about something, they’re the first to let you know. They won’t lie or sugarcoat something just to make your problems go away; they’ll tell you straight up what it’s going to take to fix it.

2. They Constantly Surprise You: Just when you think you’ve grown accustomed to their ways, they somehow manage to do the opposite of what you expect. This keeps you thinking and looking at life in new and interesting ways. Best of all, it reminds you to have an open mind. Essentially, their attitude keeps your thoughts in check.

3. They Make You Laugh: People who make you laugh are without a doubt the best kind of people. Sassy friends make it easy to banter back and forth, because often times if they can dish it out, they can also take it. After long days of work and school, being able to talk freely and with whatever attitude you want is ideal. I mean, who isn’t a little mean to their best friends now and again? Someone has to remind them who the Beyonce to their Destiny’s Child is.

4. They Never Judge You: Generally speaking, people with an attitude are used to being judged, and dislike it. As a result, they become less judgmental themselves. No one wants to be around friends who they can’t openly talk to without fear of judgment. That’s why finding friends who you can confide in is so crucial. I want to send them screenshots of my conversations with guys, tag them in unusual memes, and tell them weird stories and never think twice about it.

5. They Are Unique: I have several friends who are sassy, witty, and weird and every single one of them is so unique. There is a reason they are who they are. They choose to be open-minded, or loud, or outspoken because they want to be. They choose, to be honest, and overt because it suits them. In the end, their friendship is something you just won’t find anywhere else.

The best part about having sassy friends is that the second they read this, they are going to call me a complete cheese ball (which I fully admit to being). They will also be the first to admit that I’m right, however.

Being sassy, or having an attitude, doesn’t take away from who you are, it adds to who you are. Attitude is just the word people use to cover up things that scare them, like honesty without subtlety. I say, screw that and embrace your sassy side, because it makes life a whole lot more interesting.

Next time you encounter someone who is fearless enough to have an attitude, introduce yourself, you won’t regret it.