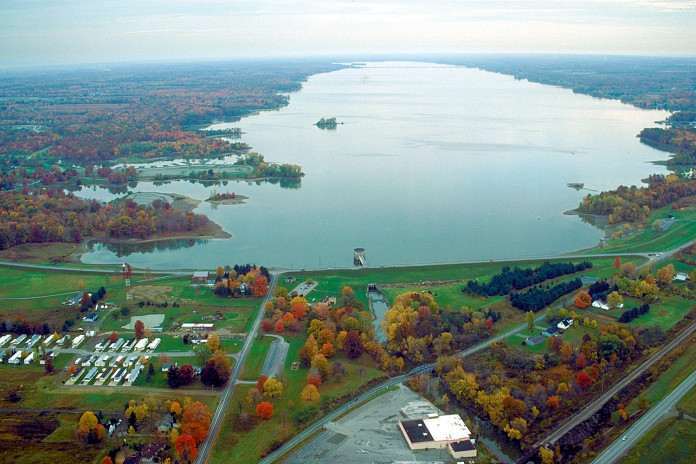 When I was two years old, my family moved from Cincinnati to a little town in northeast Ohio called Cortland. The realization that people only really knew Ohio for the three C’s – Cleveland, Cincinnati, or Columbus (not Cortland!) – came quickly when I decided to go to school in central Pennsylvania. The truth is, I never considered myself “Midwestern” until I left Ohio. You’d think that people would realize that we were neighboring states, but the people at my “East Coast” school thought of Ohio as a whole different world. Half of my peers didn’t even realize I lived a mere three and a half hours away. “Do you have to fly home? Do you live on a farm? Is there even anything in Ohio worth seeing?” The questions are never-ending. I was a unicorn in their eyes, a novelty. Or, on second thought, maybe just a country hick. Don’t even get me started on the “pop” versus “soda” debate…

As I grow older, I’m more and more thankful for my small town roots. Sure, my friends and I loved to complain about how bored we were in the middle of nowhere, but as I finish up my junior year of college, I’m convinced that it took leaving our small town to realize how much we actually did love it and what exactly we loved about it.

We grew up amongst corn fields, spent summers by Mosquito Lake, and learned to ride our bike on the hill with the rest of the kids in the neighborhood. We played kick ball and Red Rover in the empty lot down the street, caught snapping turtles in the creek and snakes in the shared vegetable garden behind the fence, and spent many an afternoon exploring the woods behind our houses. We counted the days until the county fair, prayed for snow days (inside out pj’s and ice cubes in the toilet, anyone?), we’re forced into corn hole competitions by our dads, never viewed burnt out headlights as anything other than padiddles, and have all run a red light at some point at one of the five stoplights in town. I might be showing my affinity toward the midwest lifestyle, but all of these things taught have taught me important life lessons.

For one, the pace of life isn’t anxiety provoking and people really value connecting to each other. That means that you do more than just talk to your next door neighbors – in a lot of cases, they’re truly an extension of your family. So much of this lifestyle revolves around being outside and knowing the ins and outs of the town, being present and mindful of your surroundings is a critical part of the culture. The gift of being able to grow up slowly is another invaluable treasure that I was given by my small town. Sure, there will always be a little bit of “keeping up with the Jones’,” or rather the “advanced” girls, but I never felt pressure to rush through my childhood or to act older than I was – heck, I was still playing with American Girl dolls in middle school!

As I move through my college years, I look forward to the visits to my little hometown. A huge perk has been the memories that I made with the people that I was lucky enough to know, and maybe wouldn’t have if our school district didn’t have just one building for each the elementary, middle, and high schools. There were no more than 130 kids in my public school graduating class and we had known each other since kindergarten. My life would be so different without the midwestern friendliness and hospitality that I’ve been exposed to through the years and which has acted as my compass growing up. I am grateful for the experience that I had growing up and know that wherever my next adventure takes me, I can trust my small town roots to lead me in the right direction.

Why You’ll Never Deserve A Second Chance From Me

Regretting A Life Decision? You’re Allowed To Change Your Mind