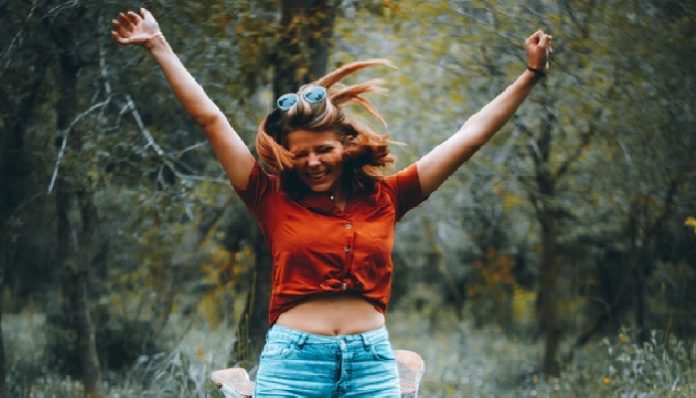 We all have crazy in us somewhere. You’re lying to yourself if you think you are 100% sane. The crazy in people will normally come out when they are drunk or high, but for some, it’s just always there and they aren’t afraid to let the world see it.

They are the people who are high on life.

Through my many years of experience with college life, (ok maybe only two) I have come to find that these kinds of people tend to have these six ideals in common:

They honestly don’t give a f*ck what others think.

In a society where self-worth is measured in the amount of likes you get on a selfie these people are pure gems. They live their life the way they want to live it. They believe in what they want to believe in. They pretty much do want they want when they want and don’t care who cares. No one can judge them because they aren’t looking for the approval of anyone else but themselves. This also happens to be part of the reason people label them crazy.

They have a different perspective on life in general.

When you see an empty table, they see a dance floor. When you see a three-hour long car ride, they see an adventure and opportunity for a high school musical jam session. Basically they are looking at life through a different lens than the rest of the world. Their view is different and people call them insane for it. I like to think their view is creative and innovative.

They don’t really make plans. They just pretty much live. They go with whatever is happening and don’t worry about what’s not happening. They have their FOMO totally in check. They know that what’s meant to happen will happen when it is meant to. Timing’s everything after all, right? They never force anything to happen, they just let it happen. They go with it and see where it leads them.

They bring out the crazy in others too.

This makes life a great big party with them. They just bring out the adventurous side in the people around them. People will say that you changed. They will say that you are becoming someone who you aren’t by hanging around these kinds of people, but the reality is that all their crazy does to you is allow you to be more of the person you have always been. You don’t have to be scared to be a complete weirdo around them because they get that people are all human and no one is perfect.

Therefore, seek it out in all forms and in all aspects of their life. They are the ones that end up hanging upside down from a tree when you are suppose to be looking for missing lacrosse balls. Or the one you end up on a two-hour road trip with when you were just suppose to be making a run to the grocery store.

They are great at making new friends.

They have different inside jokes with everyone they meet and probably a nickname for you within the first five minutes of meeting them. Nobody knows them just a bit. You either have an unbreakable bond with them because you went on one of their adventures and came close to death or you know of them because of the many stories you have heard about them.

Maybe we all should strive to be a bit more like these kinds of people. Be brighter. Be more free. Be more you. Be crazy. The world needs people like that.