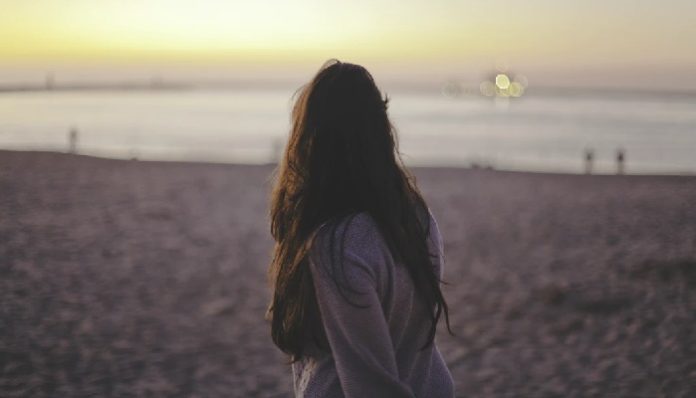 I want you to know that sometimes people will kiss you with the same lips that murmur the name of another. That sometimes they will see the ghost of another person in the outline of your body while you’re fast asleep beside them and I want you to know that when they track the silhouette of your figure in their white T-shirt with their eyes, they may only see the familiar movements of someone else.

Sometimes people will play with your heart like it’s putty in their hands – something to keep them distracted and entertained for the while. They will scrape out your insides just so they can make a space for themselves within you – fingers gripping your ribs while they tuck themselves in closer to shelter away from the world for weeks that blur into the months. And while you count their heart beat wondering which stuttered staccato says “I love you” and which one says I’m leaving,

they will kiss your mouth but only taste her.

Sooner or later you’ll realize what’s going on – that he can’t throw out any of the stuff she’s left littered across his apartment. You’ll realize that she looks nothing like you, but his eyes long for her within you. There will be songs he can’t listen to without hearing her voice singing along to it and places he can’t go to without seeing her pressed up against the building. You were hand-picked to be the polar opposite of her – but still, there will be times where he will pause at something you’ve done and go all quiet thinking about her gentle ways.

He will look at the structured planes of your face and he will see the outlines of hers. And you’ll think to yourself that it’s okay. After all, no one said it was going to be easy. Life isn’t a fairytale and in this day and age, how can you really expect someone’s heart to be wholly and completely yours? You say to yourself that there’s no need to chase after the solitude of true love when you can find comfort in the warmth of an almost stranger’s mouth, which is basically the same thing as love anyway. Isn’t it? You’ll say to yourself in the middle of the night after he’s called out her name for the third time:

no one said it was going to be easy.

But darling, no one said it was going to chew your heart and spit it back out either. No one told you that it was going to leave you feeling hollowed out with the taste of bitterness in your mouth which only gets thicker with every kiss.  No one told you that you’d come out feeling second best or that you’d have to hear them whisper another name while you lay wide-eyed beside them.You weren’t prepared to feel as empty and lost as they do when they look at you.  No one said that you’d have to become an extra in your own film just to feel the warmth of someone beside you at night or that you’d be unsuspecting rebound girl whose only entitled to the bits and pieces of his heart that haven’t already been taken. No one told you that it would hurt this much or that it’d be this difficult. No one told you, because this is not how it’s supposed to go.

Sometimes we fall into the trap of thinking that it’s better to be together and alone than it is to just be alone. Sometimes we confuse the emptiness in our heart as a hole in the roof, something that needs fixing immediately, when it’s really not like that at all. There are moments when being alone will weigh down on your chest and you’ll find it hard to breath but that weight is a hell of a lot lighter than the crashing feeling of being the second, third, fourth best bet in someone else’s eyes.

You deserve your own relationship, not a shadow of someone else’s. You don’t deserve to be the unsuspecting rebound girl sent to patch up a heart that doesn’t want to be put together, you deserve more. You deserve to be looked at as if you are the world because when the right one comes along, the one who will see you in all the places you are not when you’re apart, you will be their world.

Call Me A Grinch, But Here’s Why I Hate The Holidays