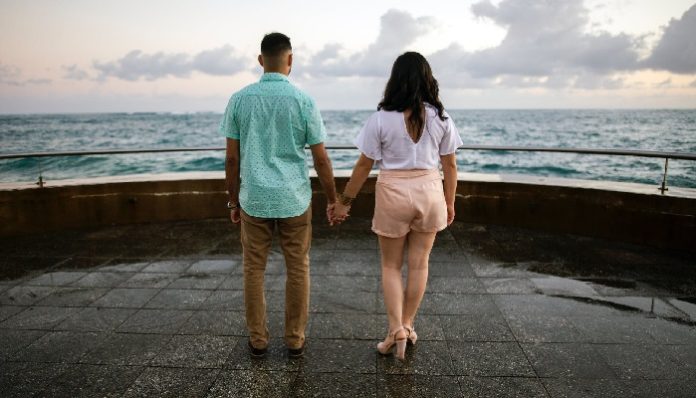 Do you remember that one Valentine’s Day we spent separately, 5 hours apart from each other because we were both away at school? That night we had a fight regarding a stupid lie you told me, something you did merely a couple of months before. You called me frantically hoping to fix things, to have me grasp your words and make sure that I don’t let go, because if I did, you would have lost not only your grandpa and your dog in one week, but me as well.

Three very important things in your life, all gone in the same week.

From that day on, it was ingrained in the back of my mind that even if you had never once said it to me, you were scared of losing me. That losing me wasn’t something you’d be able to cope well with. That I was the last straw, the last trigger left for your sanity. And I hate to admit it, but that made me feel good. It made me feel needed.

I carried this idea with me throughout our relationship, even when things got dull and boring. I let this thought brainwash me into thinking that I could never lose you, too. But I was oh so wrong.

You gave up on me.

When you walked me to my car after the storm of a fight had passed, we hugged for a minute straight without speaking, and that’s when it hit me. No more late night phone calls, no more burrito dates, no more cuddling on your basement couch with giggles and spontaneous kisses on my forehead. Every time, you left me in this same spot next to my car in the driveway of your place. Be it for vacations, or when I was heading back to a new semester at school, you would walk back up to your house without a single glance back, because you didn’t have to. You knew not only that we would be texting as soon as I got home safely, but that we would see each other again soon enough. This time was different. This time we hugged goodbye, and as you walked back up to your house, you turned around to watch me drive away. You looked back for the first time, because you knew it was over. After it ended, I took it upon myself to make a list of reasons why losing me was one of the worst decisions you’ve made in your life.

1. I put you on the highest pedestal in my mind and heart, but I won’t make that mistake again. This breakup was a milestone in my life. I became so full of life and independent after it ended. It taught me to love someone for who they are and not for how they treat me.

2. We were each other’s support system, and I won’t be your rock anymore. When we had that fight on Valentine’s Day, you told me that you let me down, and that letting people down was your biggest fear. You said that you would never let me down like that again. I guess sometimes people change their minds. But, I don’t think you realize that I wasn’t the only one you’d let down. Ultimately, you had let down yourself, by losing the best thing that’s ever happened to you. I’m not here to talk myself up about how I was the greatest thing in your life and you will amount to nothing without me. No, I’m here to bring awareness to the fact that the love I held for you was above everything and it’s so hard to find that kind of love nowadays.

3. You took it for granted. You will never forget the girl who laughed with you, danced with you, cried with you, loved you. You’ll never forget the time we slow danced at your cousin’s wedding looking at each other like we were the only two in the room. That’s not the kind of stuff you can forget. You’re going to realize that you made a mistake letting me go, not now, but you will.

4. You had once told me that no one could compare to me. Although you probably were just saying this to be cute, I believed it back then. Now, I know it. Not only am I more confident in myself now that I’m alone, but also confident in the fact that what we had was real. You made me feel like no one could compare to me, and that one day if we ever separated, this would actually become true. While we were together, we learned from each other, we grew together, but you closed the book on our story.

5. My arms were open for you and I accepted you, but you walked away. I genuinely cared about you so much that it made me sick to my stomach to no longer be able to call you mine, which is so dumb because everyone kept telling me how much better off I was without you. And you know what? I’m starting to think they were right. These arms are now closed for business, and I’m not sick to my stomach anymore.

If you’re reading this, I haven’t stopped thinking about you. I do so every single day. But just know, I’m never looking back, because I don’t have to. I may be your one that got away, but you’re nothing more to me than the boy who couldn’t stay.

Why The Vision For Your Life Is More Important Than Your...

6 Mistakes To Avoid When Trying To Erase Your Debt