So many terrible things happen to us nightly, and we wake in the morning wishing we had just died rather than living with the embarrassment. But if we band together, one embarrassing human with another and own our silly mishaps, we can laugh along with the group, and take comfort in the fact that this stuff happens to everyone.

Drunken Romance Gone Sour: “I was trying to leave the bar with a stranger who had fed me lines, and drinks, all night long. My friends wouldn’t let me go with him so I threw my phone into an alley, literally, and sobbed on the curb. Eventually, I got pulled up and dragged home.”

Mother Nature Is A B*tch: “I was at a bonfire with friends from my hometown; they all love the great outdoors while I enjoy it from a safe distance. There was no bathroom because we were in some abandoned field but if you really had to go, there were woods not too far off. I have terrible balance sober so trying to squat to pee was even harder after having a few beers. I lost my balance and tried to catch myself but didn’t have enough self-control to stop peeing. My jeans got soaked.”

Stumbling While Trying To Be Smooth: “Falling in front of a really hot guy who I just gave my number to.”

Cocktail Pee Party: “I was on the track team, it was the end of the indoor season; therefore, a cocktail party was in order. Due to the long line for the bathroom, the guys were just going onto the porch and relieving themselves off the deck. I partook and accidently did so on someone’s shoulder as they walked out from under the deck.”

Drunk Out of Love: “My boyfriend and I were on the verge of a breakup, but it was his birthday and his family planned a huge party which I obviously had to attend. He was pretty much ignoring me all night so I ended up accepting way too many rum-and-cokes from his family on an empty stomach. All I remember is taking a lot of selfies with his grandfather and waking up on his mom’s couch with a loaf of bread in my hands.”

Carpet or Hardwood?: “After being turned away from a bar because I fell down the stairs, I proceeded to pee outside the bar on the sidewalk. I then got sick on my friends carpeted place of employment because I had to use the bathroom again and she thought she’d be kind and let me use her office bathroom. There will forever be a stain there.”

Thing One, Thing Two, Thing Three: “Friend 1 was stuck in a hotel elevator; friend 2 was sitting in a bush that I pushed her into; I peed my pants in the middle of the street.”

Billie Mays, You’re Dead to Me: “At a Halloween party there was a guy I had made out with earlier in the year who was dressed as Billy Mays. He had no recollection of our previous make out session and kept spraying my boobs with his ’OxiClean.’”

Pre-party Party Foul: “I broke my arm and my foot falling down the stairs while visiting friends at college… And we were heading to the pre-game.”

Going Up?: “Standing in front of the elevator of my building, after walking 2 miles in the wrong direction, and not moving or pressing the button until my roommate came home.”

Cardio and Blood for Two Please: “After a party I was headed back towards my boyfriend’s and I decided to jog. There was a chain I didn’t see, I fell and split my chin open. It worked out though; he ditched his friend and spent the night taking care of me.”

Friday, Bloody Friday: “I was waiting in line to get into a bar when this super cute guy walked out. We made eye contact and I gave him my best flirty smile; he did a double take but kept going with his friends down the street. Five minutes later, I’m drinking inside when I see him walking right up to me. It was a movie I swear it. We got back to his place and were making out pretty heavily when he pulled his face away for a minute and there was blood all over him. He had gotten a bloody nose without us realizing and both of our faces were covered.”

Double Date Without a Happy Ending: “I was out with a girlfriend, sharing a beer tower, when a couple guys asked to join us. We all were getting along, drinking a lot, and we decided to take the guys home with us not realizing just how drunk they had gotten while trying to keep up with us. My friend and her guy went to the guest room; me and my guy took my room. Things were starting to happening when he jumped up out of nowhere. I had locked my door and I heard him fumbling with it but he didn’t get it open fast enough and threw up all over my door. I turned the light on and helped him out and he kept getting sick in the bathroom. After waking my friend and her guy up, I had him sleep on the couch.”

Celebrity Imposter: “I was trying to convince these two girls I was an actor in a movie. I really thought they were buying but then they walked away.”

Men Do Not Mature As They Grow Up: “Getting hit on by a 70 year old man; sober.”

Embarrassing stories aren’t pretty but they happen to the best of us. So next time you’re friends are making fun of you, turn the tables around and make them share. We all have those nights we “don’t remember” that are so bad they are good. 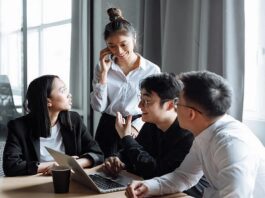