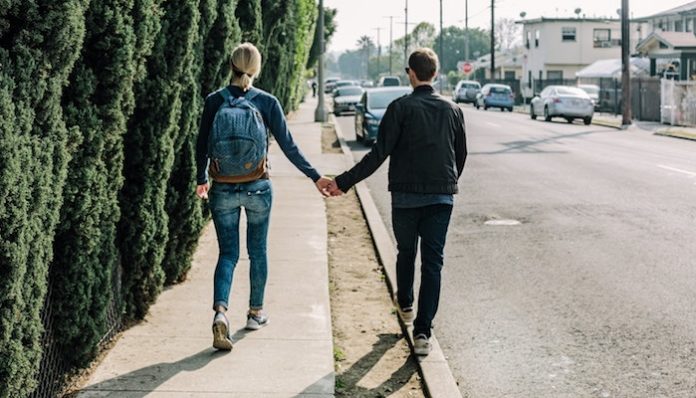 Initiating sex can be very daunting, depending on your personality type and how long you and your beau have been dating. Traditionally, society thinks men are the only ones who crave sex. But we ladies can want it more and just as badly! So how can you initiate it in unique, sexy, creative and subtle ways? Well, there’s a lot of options.

Here are 15 strategies to try for yourself.

1. Slip into some sexy lingerie (like one of his favorites or something new) and walk around the house wearing it when he’s watching the game or gaming with his friends online

He’ll notice and immediately grab you, proving he’s pleasantly surprised and ready to give you attention.

2. Put your hand on his leg while you’re cuddling on the couch

Gradually creep it closer to his manhood. He’ll be instantly hard in his jeans.

3. Ask him to join you in the shower

Everybody knows what that means.

4. Get changed very slowly in front of him

Most guys love seeing a girl put on or take off jeans as they hug her curves, or watching her boobs bounce while she takes a bra off.

5. Shoot him a text saying the naughty things you want him to do to you later

6. Make a bet where the winner gets to choose what they want in bed

Chances are it’ll create a little sexual competition and both of you will get what you want in the long run.

7. Wear something you don’t normally wear to bed

Whether it be satin PJ’s or nothing at all.

8. Set the mood yourself one night when he’s out

Light some candles to create some ambiance, wear new lingerie, and surprise him when he walks in the room. Most guys will get turned on by that.

When he does, ask him to watch it with you.

10. Send him a calendar invite for a specific date and time on his phone that just says, “fuck me ;)”

That will catch him off guard and build anticipation.

11. Casually unzip his pants and give him head when you’re on the couch watching TV one night.

He’ll instantly be turned on and will want to help please you. Especially if you call him over innocently. The sight of you doing something naughty will tempt him.

13. Leave your toys on the bed if you have any

Or have him “find” one if you buy a new one he hasn’t seen before. His curious mind will wander with all kinds of ideas.

Tell him exactly what you want, how you want it, and to get on it. Guys really like when a woman can vocalize those needs and he’ll be happy to be submissive for you if he’s used to taking charge.

Most men will happily oblige and recognize these hints, and if he doesn’t then he really must be out to lunch. Sometimes it’s not about saying, “I want to have sex,” but showing him that you’ve been thinking about having sex with him. They’ll equally appreciate that effort and thought — never be afraid to directly tell him you want him inside you at that very moment. Trust me, he’ll love it. Who says the woman can’t be a boss in every room of the house and the bedroom? Because we clearly dominate at it all.