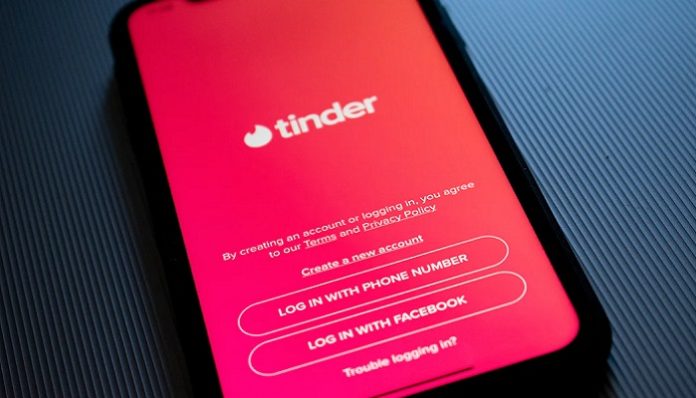 For millennials, the dating scene has changed dramatically.

The act of dating people face-to-face is vanishing, and much of the modern generation is turning to technology to meet partners.

Persia Lawson, an author, speaker, and love coach specializing in millennial dating, has been branded “the millennial dating expert.” She explains, “I’ve had clients who come to me and they’re addicted to dating apps but they’re terrified of just going out and meeting people in real life because it feels too intimate and vulnerable. They’re living these virtual romantic lives and in some cases messaging someone for months without meeting up.”

While developers have created dating apps to assist those involved in the dating scene, research has found that millennials spend an average of 10 hours a week on dating apps.

Saskia Nelson, founder of Hey Saturday, a professional dating photography business, said, “Tinder really is changing the dating landscape and opening up opportunities for meeting and falling in love with people that you might never otherwise come across. I find this very exciting.”

However, Persia finds that dating apps often have a negative impact on the way we date. She explains, “We look down at our phones too much with social media, so we’re missing what’s going on in the world around us. You’ll see people in bars, and they’re Tindering. You just think ‘There’s a real-life person standing right there – just go and talk to them!’”

Critics have accused dating apps of creating a “hook-up” culture.

Saskia explains, “Tinder is like having a 24-hour nightclub of contacts in your pocket – you want to keep looking to see what else is out there. And, some people just enjoy the chase.”

Persia adds: “I think people have become disposable. On Tinder, it’s literally like you’re just shopping for a man or a woman.

“It’s all become very transactional and superficial, and it’s really sad. No one seems to be patient [enough] these days to realize that love is not… immediate. Intimacy and commitment take time. They’re quite challenging, [so] they can bring up a lot of fear. I think that’s why, as a culture… we’re just not committing.”

“Commitment is quite scary, and it’s different. A lot of people have… [had] a series of flings [for] most of their life.”

A fear of commitment has created dating phenomenons such as “ghosting” and “catching feelings.” Susan Winter, an author and relationship expert, explains, “’Catching feelings’ treats an emotional connection to someone like catching a cold or the flu. Shutting down one’s feelings is often the safe choice in an emotionally dangerous dating environment. But, feelings are what give us life. And to choose ‘not to feel…’ is the cheap way out. It’s lazy and uninspired.”

Susan continues, “Ghosting is the outcome of the hook-up culture. With no understanding of proper dating protocol, many millennials view dating whimsically. There is an inherently cavalier attitude towards dating and sex. Therefore, taking the time to consider one’s impact on another’s emotions feels excessive and unnecessary.”

Break-up coach, Chelsea Leigh Trescott, adds, “80% of millennials have been ghosted. This shows you how normalized this sort of behavior has become. People simply aren’t concerned with the consequences of ghosting and how it can affect their reputation or the other person emotionally. There is not enough of conscience anymore.”

She continues, “Another reason for ghosting is that people have a lot of uncertainty surrounding not only their feelings but also their future[s]. They don’t want to end a relationship that could potentially be right for them under different circumstances…  So, by ghosting someone, the door is always ajar. Ghosting provides someone with these opportunities—or, at the least, the illusion of them.”

All in all, dating apps are not ideal for people looking for love.

While they are a great way of meeting people, the lack of personality and time it takes to create a profile instantly indicates the amount of time and effort people are prepared to dedicate to a potential partner.

An environment dominated by appearance fuels a lack of personal attachment. People are communicating with a series of photographs through a screen, as opposed to a human, which creates a stigma attached to “catching feelings” and a world where ghosting someone is acceptable behavior.