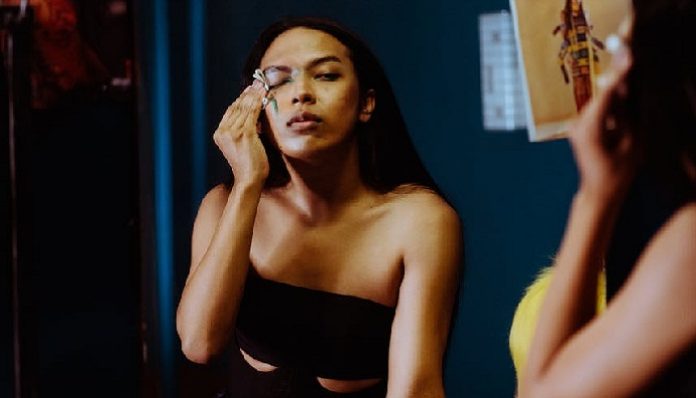 Every woman who identifies as a feminist has trouble being taken seriously. Whether it’s some dude pointing out how you haven’t included every possible type of oppression in your argument, or a fellow lady coming at you with how she doesn’t feel oppressed or victimized by sexism. Most of the time, these people are just a pain in the ass who only want to give feminists a hard time. But sometimes, as much as I hate to admit it, they have a point.

There are certain trends and beliefs that feminists partake in that help confirm our ever-present battle of not being taken seriously. In particular, these trends try to diminish certain gender-coded actions but may actually just be a gender-related preference.

I’m referring to trends such as #nomakeup and The Body Hair Trend.

The body hair trend was something particularly prominent in the past year or so. First we had Miley Cyrus, Lena Dunham, and other celebrities baring their unshaven armpits, then we had a group of feminists dyeing their armpit hair in order to make statements about how body hair should be celebrated. Celebrities like Demi Lovato began the trend of posting selfies without makeup, and making a point to hashtag it in order to promote natural beauty. While I completely agree with and understand the points being made, it’s not always necessary to make a big fuss about this type of thing. By doing so, we actually create a stigma of the opposite effect.

This kind of trend is not well received because not all women feel that removing body hair is oppressive. The same goes for wearing makeup. Whether or not norms like these have been forced upon us, I think most women can admit that we follow beauty trends because we want to. We like wearing makeup as well as the look and feel of smooth legs and armpits, not because it satisfies society, but because it makes us feel good. Trends like these make it easy to shame women who don’t follow them as not being true feminists. In reality, the management of body hair should be an individual’s choice. These trends can be counter-productive because they imply that one way is better and more beneficial to feminism than the other.

Another habit that many feminists are guilty of involves shaming men for being feminine.

I have so many friends that identify as feminists but have a serious problem with men embracing their feminine sides. This type of thing is more common in heterosexual women, because of the deeply embedded idea that we need “manly” men to support us. I’ve had women tell me that they “hate” when men cry in front of them. “It’s like, be a man” they’d say. Statements like that are incredibly cringe-worthy. How can anyone hate seeing someone show emotion? Are we so against the idea that men can be sensitive and, I don’t know, human?

A guy showing a bit of emotion should never be considered a deal breaker. Neither should his interest in TV shows that are more popular among women, wanting to use a bit of your concealer because it gives him confidence, or his life-long dream of becoming a nurse. We hate conforming to our stuffy gender roles, so we shouldn’t expect men to conform to theirs.

Something that isn’t so trendy but definitely exists in the feminist community is a lack of intersectionality.

A common reason for this is not understanding what intersectionality means. To clarify, intersectionality refers to individuals or groups who face more than one type of oppression. For example, while a woman of colour faces two kinds of visible oppression, a gay woman of color faces three. What feminism sometimes lacks is the ability to include every form of oppression at all times. Failure to recognize different forms of oppression is commonly referred to as “white feminism.” This is seen over and over with influential white celebrities and activists who believe they are doing their part for feminism but only speak in the interest of white women. Recent examples of this are Patricia Arquette’s comments following her Oscar Speech, and the Twitter war between Taylor Swift and Nicki Minaj. Both incidents occurring within the last year.

Every movement has its flaws. Feminism is productive and powerful in so many ways, but there are definite areas where it is flawed. Problems arise when trends and behaviours associated with feminism become superficial. Trends involving physical beauty are only positive when what they’re fighting for is the erasure of harmful and discriminatory forms of “beauty,” such as body weight norms. Feminism becomes even more problematic when it only takes one type of person into account, and ignores men and women that face multiple forms of oppression.

3 Reasons Getting Divorced Could Be The Best Decision You’ll Ever...