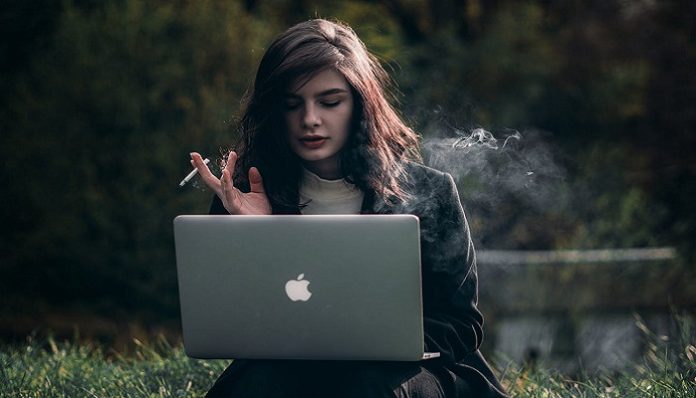 I’ll admit it; I was a pretty typical high school student. I went to class, took notes, and spoke when spoken to. I spent countless nights drilling index cards into my brain and memorized facts and dates to pass tests. I would write five page papers on books we read in lit class, just like everyone else. I worked on the yearbook and was part of clubs like beta club. Then, I went to college and realized that my opinion actually mattered.

It wasn’t like I was this insecure little high school girl who didn’t place any value in her own thoughts and opinions before this. I knew who I was and that I mattered; I just valued the opinion of authorities (like my teachers and yearbook editors), more than my own.

Maybe it’s because I picked a liberal arts school, or maybe it’s just the effect college has on people, but when I arrived, and entered that first college class, the professors started asking me the questions instead of the other way around. They looked to me like I had these bright ideas in my head and all they wanted was to hear about them. This must have been what finally showed me my thoughts were important enough to share openly. The authorities I had such a high value for my opinions and were looking to us for ideas. They could base a whole duration of the class on something I said instead of something someone said back in the 1800s.

In one of my first writing classes, my professor told us we could write about whatever we wanted. This completely amazed me. Why in the world did he think I had enough knowledge to write about anything besides the book a legendary writer wrote?

The answer was pretty simple. He probably didn’t. He was more concerned with my ability to write than the actual content. It really made me feel that what I had to say was more important than what I could memorize or analyze out of a book. He knew the best writing happens when you write about what you care about.

One voice can make a difference, but every voice should try.

But college is more than just classrooms and professors. It’s about the people you meet and who you get to spend the four years of college with, the ones that are stuck in the same boat as you if only for a semester. And they were all new to me and so many were so unapologetically themselves that it amazed me.

They didn’t care if they came of a little weird or quirky because they were just being themselves. And everyone was so open-minded and accepting of others because they knew everyone’s opinion was important even if it was different from their own. We could sit in a dorm and listen to what everyone had to say and then argue if it was right or wrong openly. No one got personally offended and no one hated anyone for sharing their thoughts. And I know now that they impacted the value I now have for my own thoughts because of the value they seemed to have for their own.

Now, I’m not trying to tell you that I think I matter more than anyone else because of my crazy important opinion. It’s not like I have these insanely intelligent ideas that will change the world and cure cancer all at once. I’m just saying that everyone has thoughts, which means everyone has a story. This includes you, your story is important to someone or in some way. Somebody out there needs to hear it, so whenever the time comes and you figure out that your thoughts have value don’t be afraid to say what you think. It’s most likely more important than you think.

Why You Should Embrace Your Emotions Instead Of Pushing Them Away

To The Friends I’m Drifting From: The Truth Is That I...