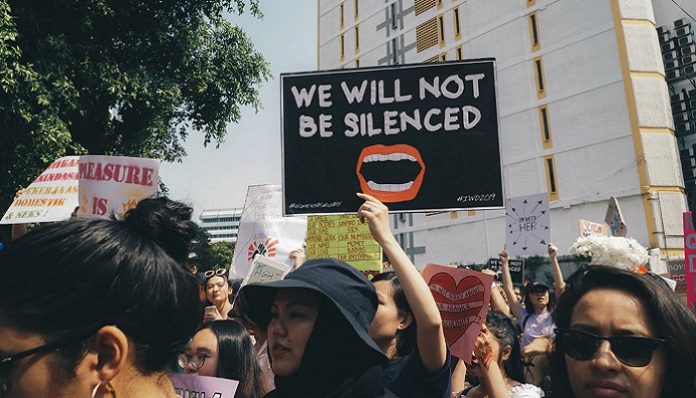 Mukesh Singh, one of the ﬁve men convicted of raping and murdering 23-year-old Indian woman Nirbhaya in 2012, is saying that the whole incident was, in fact, the woman’s fault. While in prison (he and three of the other men appealed their death sentences), Mukesh Singh was recently interviewed by BBC for a documentary to be released on Sunday. Mukesh took this as an opportunity to state some personal opinions that only the craziest of feminists would argue with.

“You can’t clap with one hand—it takes two hands…. A girl is far more responsible for rape than a boy.”

Mukesh, you are so right — it does take at least two people for rape to occur, but the definition of rape is “unlawful sexual intercourse or any other sexual penetration of the vagina, anus, or mouth of another person, with or without force, by a sex organ, other body part, or foreign object, without the consent of the victim.” Mr. Singh, I’d like to point out that although rape does take at least two people, rape means that there was no consent from one of the parties.

Considering this, how exactly can you say that Nirbhaya is more responsible for being raped than the ﬁve men that overpowered her when she didn’t want it?

“A decent girl won’t roam around at 9 o’clock at night.”

Mr. Singh, you are absolutely correct — women should at all times revolve their schedule and lives around men. Nirbhaya should have obviously known that if she was out at night, she would be raped. She should have known that after 8:59 p.m., men cannot be expected to harness what’s in their pants any longer, right? Hell, why stop at 9 o’clock?! Women that are ever out cannot be considered decent — they might contract ambition or independence and that would be indecent to men!

“Boy and girl are not equal. Housework and housekeeping is for girls, not roaming in discos and bars at night doing wrong things, wearing wrong clothes. About 20 percent of girls are good.”

Mukesh, you seem to only speak words of truth — women actually have no real talents, social skills or bodies they can be proud of, so obviously housework is their only plausible option. Honestly, when I sit in class contributing to the discussion while my male counterparts refresh ESPN tweets every two minutes, I definitely feel as though they are superior to me in every aspect. And Mukesh, you showed me that I feel this way because I simply do not belong in an educative setting. What in the world am I doing out of the kitchen? Me, and every other woman in school should simply drop out and get back to doing laundry, right? Every woman with a degree should just scrub the ﬂoors with that degree, right? The 22 women currently leading nations across the globe should only be concerned about leading their homes!

“When being raped, she shouldn’t ﬁght back. She should just be silent and allow the rape.”

Mr. Singh, again, you are absolutely correct — if a man wants to be with me I should completely disregard my self value and let him do whatever. I should simply do what he wants me to because I need to be taught a lesson. I should be silent even though I am scared, even though I’m in pain all over, even though I’m disgusted, even though my mind is crying out to God as loud as it possibly can. I should not ﬁght back, instead I should think of everything that I was doing wrong and why I deserve to be raped. I shouldn’t ﬁght back because maybe, just maybe, if I’m good, the rapist will be nice and let me go afterwards.

Honestly, who thinks like that? Opposing opinions and ideas are vital in a flourishing society; without such competition we can not grow and develop. But the idea that some members of society are lesser than others does not progress society. Instead, this idea traps society in a world where race, gender, sexual orientation and other forms of oppression matter. This idea isolates society by this wall of hate that some have slightly broken down, where through the cracks we can see promise for a better tomorrow; but without everyone’s help, we will always be surrounded by hate, injustices and inequality.