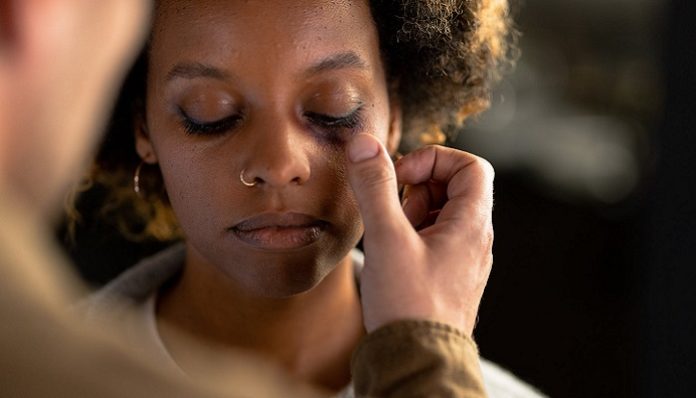 Not many people want to go back to their freshman year of high school. Filled with unwanted acne, uncomfortable school dances and teenage angst, just thinking about those four years can cause terrifying flash backs no matter what age you are. But if I had those years back to do it all over, I would gladly go back and redo the two-year relationship that landed me at rock bottom.

Think back to your first relationship. Whether it was doodling his or her initials in a heart or just daydreaming about that special someone, it all had to start somewhere. I was 14 years old when my first daydream-worthy crush came along. We had gone to school together for years but never really noticed each other. Everyone was surprised when we started dating.

I remember the day like it was yesterday. Running to my mom’s car after school on the day that he asked me to be his girlfriend, I was on cloud nine. But when I told my mom the news, the look on her face didn’t share my same excitement. That was red flag number one.

Blowing off my mom’s advice, I gleefully accepted the title of girlfriend and couldn’t be more excited. Never before was there someone that I wanted to be around so much. Soon I started going over to his house more than I was at my own, hanging out with his friends and spending all my time talking to him. That was red flag number two.

About four months into our relationship I lost almost all of my friends. We were doing everything together, which didn’t leave much time for anyone else. No longer was I getting invitations to go to the mall on weekends or having sleepovers with my friends, but I was completely oblivious to it all. Red flag number three flew right past me.

All the signs of an abusive relationship were right in front of me. But at the age of 14, I didn’t realize what an abusive relationship was. When he started telling me what I could wear to school and who I should be friends with, I didn’t realize that anything was wrong. Recognizing abuse is the first step to getting help, but what happens when you don’t know anything’s wrong? It keeps going.

Eventually the mental abuse turned into physical. Grabbing my arm or grabbing my phone out of my hand turned into normal behavior and I still didn’t realize that this was wrong until months after our relationship has ended. My relationship had started with butterflies and ended with bruises.

Those two years out of my life were my rock bottom. I no longer had friends and pushed my family so far away that trying to get back to where I was took me almost all of high school. My relationship started with butterflies and ended with a counselor.

If I could go back to that first date, I wouldn’t turn him down. Instead, I would recognize the warning signs and stand up for myself. I would refuse to shut out my friends, wear what I wanted, and not let someone push me around. I would be my own person.

Even though I’m stronger because of the relationship, I would do it all over in a heartbeat if it meant protecting myself from the hurting. But since I can’t go back, I will continue to tell my story. I refuse to stay quiet again.

6 Tips To Help You Design The Perfect Resume