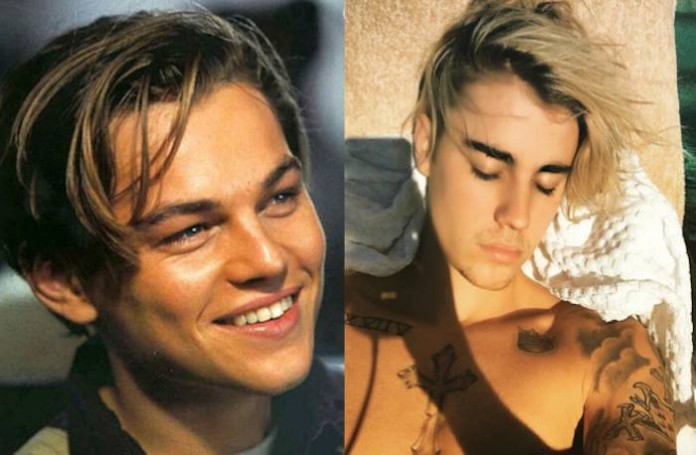 Oh, celebrity crushes…we all had them growing up and many of us still do. There are always common “objects of our affection” in the media. We look to movies, TV, music, and sports to find our dream men, but why do we “fall for” a person we’ve never met before?

We’ve been doing it since childhood and I think we all have our reasons for admiring these stars. For me, I took out my boy crazy phase on the celebs I’d never meet through the late 90’s. It started with Macauley Culkin. I watched The Nutcracker and fell in love. I had a diary and wrote all about him every night before bed. I remember it word for horrifying word; “I really like McCauley Culkin. I wish he would move in next door to me. Then we’d see each other everyday and he might start to like me.” Yep, seriously.

When I turned 13, I decided to be more proactive in my celebrity adoration. I was into Dylan Sprouse and found a “mailing address” for him in the back of a magazine. I wrote him the most heart felt letter professing my love for him. However, my mom never gave me a stamp and that’s most likely why we aren’t together today. Then came Nick Jonas. I went to his concert and he made his standard speech thanking everyone for coming and saying the audience was “all beautiful.” I did the only normal thing a person could: hyperventilate and cry that “HE THINKS I’M BEAUTIFUL.” My friends of course tried to bring me back down to earth by reminding me he said we’re ALL beautiful. But I know, he had to say that and really he meant just me (his #1 fan).

Perhaps most embarrassing of all is the crush I had on Ross Hull. He was the leader of the Midnight Society in Are You Afraid of the Dark? and more recently, a weatherman. I continued my obsession with that man through college and the greatest win of my undergraduate career was the day he tweeted me to thank me for watching his show. The nostalgia of my past has led me on a little journey to find out who us millennial ladies were crushing on in our preteen years (we were really in our delusional prime then) and compare it to the hotties of today’s popular culture.

Here’s a list of the old, the new, and the downright embarrassing:

First of all, I noticed that much like our taste in men we actually might stand a chance with, we all like different guys from the world of fame.

When we were young, It’s clear that our only real concern was in the looks department. We also had a tendency to go for guys who would be breaking a law if they even looked at someone our age.

Rachel: Embarrassing, but Josh Hutcherson…I became obsessed with him after Bridge to Terabithia.

Jordyn: I was once obsessed with Ben Barnes. I think I ran down the street screaming how hot he was.

Joelle: Nick Jonas definitely. Before that, Shia LeBouef comes to mind. The Even Stevens days.

Jess D: It was definitely Eminem and Pete Wentz from Fall Out Boy. I remember literally crying my heart out when he first got engaged to Ashley Simpson. Absolutely ridiculous.

As adults, some girls have given up the celebrity market, but many still seem to shamelessly crush on unattainable men. However, we seem to consider traits other than the physical side (although it’s still a major factor.) Ladies took more of an interest in the stars’ attitudes, what they believe in, and what they’re doing as celebs to make the world a better place.

Tori: I think all of my crushes are now based on people’s values and personalities, so it’s hard to really have them if I don’t know the person? I just don’t like celebrities the way I used to. I think it’s just part of growing up and also learning respect and what not. Like I used to crush on people without knowing them, and now I think that’s unfair to both them and myself.

Jess D: Truthfully, I have grown too old to be physically obsessed with a celebrity at this point. I’m sure we all have, but if I had to say who was the most attractive? Defiantly Chris D’Elia. Not just for looks but the total package, haha, great personality, I would marry him.

Sharlene: One people may not know is Julian Casablancas from The Strokes. A more well-known would definitely be Prime Minister Justin Trudeau.

So many trends stood out when it came to comparing how our celebrity love interests have changed. 24% of girls have the same crushes they did as kids, while 4% of girls say that as adults, they no longer have celebrity crushes. It was also interesting that despite how many years have passed, many crushes made both “Then & Now” lists, either by their admirers staying committed or new flames. Those include: Leonardo DiCaprio, Josh Hutcherson, Channing Tatum, Gerard Butler, Johnny Depp, Kevin Spacey, Justin Timberlake, Jensen Anckles, John Cena, Aaron Carter, Nick Carter, Zac Efron, Justin Bieber, and Nick Jonas. I also noticed that in general, we seem to mostly go for actors over musicians or athletes. 61% of childhood crushes and 70% of adulthood crushes were on actors.

All in all, let’s face it, we like guys who are fun to look at more than anything. It’s totally okay to have celeb-driven fantasies, as long as you don’t take them too far and cry your eyes out at their concert – your man might get jealous then. We realize we will never be with these guys and we know we really don’t “know” them at all. We don’t expect the people in our lives to compete because they offer so much more than a glossed over image of a guy we’ll never get to meet does. No matter what or who is on TV, the most important guy will always be the one holding your hand watching with you.