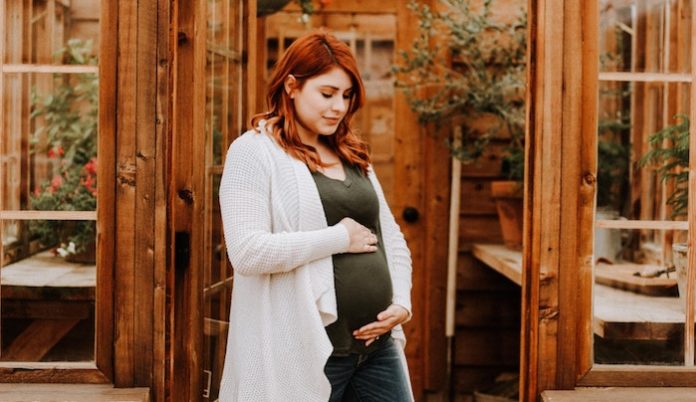 Being pregnant is such an amazing miracle. Seeing those two pink lines appear on the pregnancy test is nerve-wracking, scary, exciting, and stressful. So many thoughts go through your head as you begin to plan what motherhood and pregnancy are going to be like. I was terrified when I found out I was pregnant. I had no idea how I was going to take care of another human being. I have been pregnant three times and have three beautiful miracles.

Before getting pregnant, there was so much that I did not know about pregnancy. My mother and other women told me things I would go through and what to expect. I also bought the book What To Expect When You’re Expecting. None of that prepared me for what it was actually going to be like to be pregnant. Some things I wish I had known before getting pregnant were:

Morning sickness is no joke.

I had no idea how bad the morning sickness was going to be. Of course we have all seen movies that portray it as something that hits you quickly once and then doesn’t come back. Well, mine hit every morning, afternoon, and night. It did not just happen when I first woke up. It would hit me any time of day. If I ate something or smelt something that the baby did not like, then I would immediately get sick.

Morning sickness doesn’t go away after the first trimester.

I read so many pregnancy books and they all filled my head with the same lie, morning sickness ends after the first trimester. This is most definitely a myth. I got sick off and on my entire pregnancy. It wasn’t anything serious. Mostly related to eating foods that the baby didn’t like or smelling something that turned my stomach.

The end of pregnancy is the most uncomfortable.

By the time I was 7 months pregnant, I was so uncomfortable because my son was taking up so much room that anything other than standing was hard for me to do. I didn’t gain a lot of weight when I was pregnant with him, so as they say, I was all baby. It was hard for me to sit in a car, sit at the table during meals, or lay down to sleep.

The lack of sleeping doesn’t happen once the baby is born, it starts during pregnancy.

Imagine having a watermelon stuffed under your shirt that you carry around with you all day. Then imagine trying to lay comfortably in bed at night and sleep with this watermelon strapped to your body. Sleeping while pregnant is impossible. There is absolutely no comfortable position to lay in that makes it easier. It gets even worse when the baby’s movements get stronger and they kick you all night long.

Permanent residence at a doctor’s office would make more sense.

I know this is kind of dramatic, but I feel like I was always at the doctor’s. There were so many appointments. I joked that I should have just set up a cot in the waiting room because I was always there.

People no longer see you as someone capable of doing anything for yourself.

My family and coworkers would not let me take on certain responsibilities because they said it would hurt the baby. My doctors told me I did not have to limit anything because my pregnancy was going well and there were no risks to either the baby or I. It was incredibly frustrating to be treated as helpless.

Exercise being dangerous while pregnant is a myth.

I was an athlete all through high school and college. Before getting pregnant, I would exercise three times a day for two hours each. That was a total of six hours that I was working out. At my first doctor’s appointment, which was just a nurse visit, I was told that I could not exercise at all because it could cause me to miscarry. That scared me, so I stopped working out all together. By the time I was four months pregnant I was told that I could have continued working out. I wish I had, because exercising after not exercising for four months is not easy.

An epidural is a very strong pain killer.

During the appointments at the end of the pregnancy, doctors like to discuss your birthing plan and pain management. I initially said that I wanted to go all natural, but decided while in labor to take the suggestion of an epidural. This pain killer was amazing. I felt absolutely nothing. I felt high which was a new kind of feeling for me, but I thought everything was hilarious. The nurses loved coming into my room. I did not, however, know that I was not going to be able to move my legs. They were completely numb for about 6 hours. I had to lay in bed and wait for the epidural to wear off before I could be moved to the room I was assigned to stay in. That was a downside, but I got an epidural with my other 2 kids which helped so much.

Checking cervix dilation is more uncomfortable than the entire pregnancy.

As if being pregnant and having to push a human child out of our tiny girl holes isn’t bad enough, let’s just add in the extra pain of having a doctor shove their hand up into our girl parts to check our cervix. It was so painful that I cried every single time. It’s so much worse when I was in active labor because it caused a contraction to come at the exact same time. Personally, this was my least favorite part.

Pregnancy is such a beautiful experience. I had some bad experiences along the way, but I would do it all again in a heartbeat. It would be nice to know everything up front from the beginning, but it could cause everyone to be nervous about getting pregnant. I loved being pregnant with my oldest son and have been pregnant two more times after that. Women’s bodies are strong and resilient. It’s truly a miracle to carry a baby and give birth.

Photo by Omar Lopez on Unsplash

8 Must-See Cities In Morocco To Add To Your Travel Bucket...