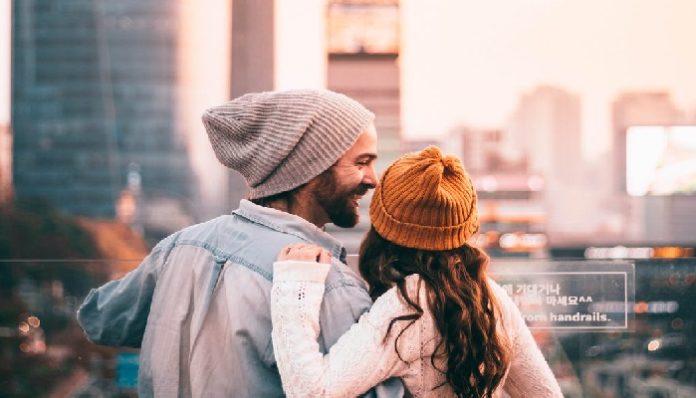 The moment after four years of college, when you get to walk across the stage and your name is called, is a glorious moment. Finally, everything you have worked for comes together, and it’s simply the best feeling in your life. Some people strike a pose; some just give a shy smile. But what happens after graduation? The last 22 years were planned for us. We went to school for 16 of them. There was always someone telling you what to do and when to do it. It was nice and secure.

After graduation, we throw ourselves to the wolves. We have to find a job and be able to pay all of our life bills (going back to school starts to sound good right about now).

Some of your friends don’t do this; some just go back to their parents’ house and figure it out. Others go to grad school to push back the inevitable for a while. What can we possibly do with all this freedom? For once, we get to decide what we do and what our future will look like. It is scary and wonderful at the same time.

For me, I wanted to leave the town I grew up in and start a brand new life in Austin, Texas. It was a young, hip city. Just what I was looking for. I couldn’t wait for nights out dancing and meeting hot guys.

So, I packed up my brand new Corolla, and asked my best friend to drive with me to Austin. I was listening to the song “Dust” by Eli Young Band. I was ready to leave this city I grew to hate, and leave my boyfriend in the rearview mirror. Our relationship had ended long before I decided to move. He was pulling away for months, and I felt like our relationship was ending.

I took the biggest step in my life – I moved to a city where I didn’t know a single soul. I knew it would be hard, a little challenging. Even parts of college were like this. I thought it would take a couple of months to acclimate, but I was wrong.

I was used to being in a social setting where I would go out on the weekends, or at least have a boyfriend to cuddle up next to. Now, I was by myself on a Friday night watching 10 Things I Hate About You. The saddest part is, I didn’t have anyone in my phone to text to hangout. Imagine looking through your phone to find someone to hang out, but they are all in other states. It’s a lonely and depressing feeling. My other friends were fine just being hermits. They would drink their wine and watch Netflix when they moved to new cities. Not me, I can’t do that. I’m an outgoing extrovert. I need to be out – I need to be doing something with people.

I thought I would get a great job earning at least 30k since I had a degree. Boy, was I wrong.

My first job was a major paycut. I had to start digging into my savings. They also screwed me over and told me they would be paying more and give me a permanent job, even though they gave me a new position. I thought I could make friends here, but I soon found out those friends flaked. Even when we planned to go out for a week.

I went to church to find friends, but it was all families. The only people my age were already in committed relationships. There weren’t any girls my age that were single.

When reality sunk in, I started to doubt myself. I started to ask myself, is this really what I want? How could I meet hot guys when I didn’t even have friends to go out with? How could I explore Texas? To put it simply, I had to have friends to go out on the river, or explore the beach. Instead, I was alone, drinking wine, watching a chick flick by myself on a Saturday night.

I wish I could say things got better in 3 months, 4 months even. But the fact is I wasn’t really happy until about 8 months after I had moved to Texas.

It was a struggle to make friends. I had to really put myself out there. Ask girls for their phone numbers and ask them to hang out. I had to put in all the effort. But it worked. I met some friends through my sorority alumni group, one friend through a random guy I met at the bar, and another from my ex-boyfriend’s roommate.

What does all of this have in common? Everything happens for a reason. What are the chances some guy hitting on me at a bar in Portland would lead to me meeting one of my best friends in Austin?  I think it’s pretty crazy. Who would also guess that my ex-boyfriend’s roommates’ ex-girlfriend would be a good friend? I’m also glad I went to the movie night for my sorority and met my other friend.

I think in the end this has been one of the hardest, but most rewarding experiences in my life. There were times I wanted to give up and just cry, and go take back my ex-boyfriend.

I tried to butter up the thought of Portland. There were countless times I felt like a loser because the only job I could get was working as a gymnastics coach, which I hated. There were countless lonely nights when I had no friends to hang out with. I got through it by choosing every day to not give up. I had to consciously choose to not throw in the towel and run back home. It looked so nice. It was pretty tempting, but I left for a dream. A life that I loved, and I’m proud to say I’m living it now.

I realize through this experience how blessed I am. I am grateful every single day I walk into work. It took me seven months of applying to jobs and over 50 interviews to get me to this wonderful company. When I go to the bars with my friends for happy hour I’m elated. Because a couple of months ago, I didn’t have friends to go out with. I learned that good things take time, and nothing comes easy. If you’re moving to a big city far from home, don’t give up when things seem hopeless. It might take a while, but you will find your way home.

5 Beautiful Lessons I Learned From Dating A Cancer Survivor