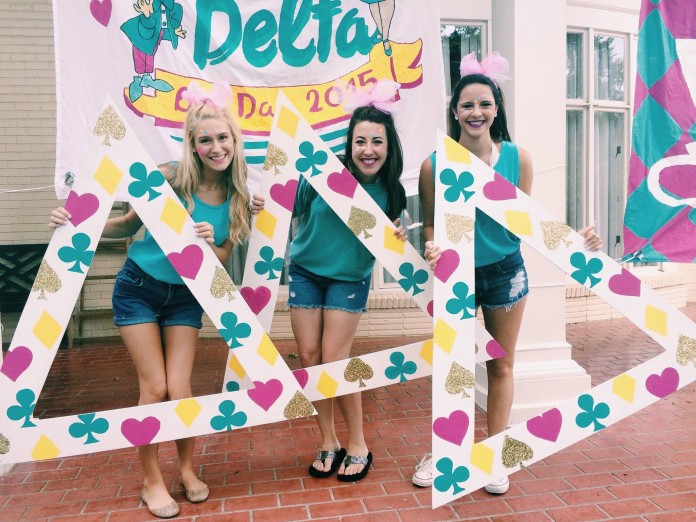 In the past couple of months, it’s been a bad time to even utter the words “Greek Life.” With University of Alabama’s Alpha Gamma Delta’s racial discrimination against their own sister and University of Indiana’s Alpha Tau Omega releasing a disturbingly explicit sex tape, Greek Life has a bad reputation that is just getting worse. All around the nation, people are voicing their concerns around the culture of fraternities and sororities. Should Greek Life as a whole be abolished? Can anything good come out of a system that regularly promotes elitism and privilege? These are the valid concerns that need to be addressed.

Don’t get me wrong: I love my sorority.

In the past couple of months, I have adored getting to know the incredible women making headway in my chapter. I have learned so much about tradition, history, and the little quirks that make up my house. On a regular basis, I will happily defend that sororities are more than Lilly Pulitzer than getting drunk at frat parties. Call me an idealist, but I believe that sororities have the potential to bring out the best in people. I joined my house in order to become the best version of myself and, with every day that passes, I see myself taking those steps. However, I am not blinded by my letters. Sometimes the ups simply cannot negate the downs, and it is with a heavy heart that I must admit, the abuse behind Greek life needs to be discussed.

Each time a news article comes out about wrongdoings in a chapter, my heart breaks a little. When I hear news about a sorority hazing their new members or a fraternity hiding sex crimes, my stomach curls. But as upset as I am to see these chapters misrepresent the pillars of integrity they’re supposed to uphold, my immediate reaction is to never blindly defend them. Why? Because alongside believing that they can do better, we have to start treating them like they can.

Even before going through recruitment, I was not blissfully unaware of the issues surrounding Greek Life. It would take nothing more than a willful blind eye to ignore the rampant discrimination and bias that runs through the culture. I am proud to be a sorority girl, but I am not proud of the mistakes that we continually make. When a group of people unite as brothers and sisters, it should be a community of support and integrity. What you see in the news – the hazing, the assault, the glaring prejudice – should not be automatically associated with the phrases “fraternity” and “sorority”.

They say if you love something, you’re willing to address the negatives.

I admit that Greek Life is not perfect. I will be the first to concede that we have miles of work to do before we can proudly and honestly tote the mantras that our chapters are built on. But I believe in a day when everyone can wear their letters with pride because they’re honored to be part of something greater than themselves.

If you’re a member of a sorority of fraternity, pay attention to the outrage around you. Don’t sweep it aside as something that doesn’t exist, or dismiss it as a one time deal. We all know better than that. Instead, address the inequality so we can strive for more. If you love Greek Life as much as you claim, you’ll understand that we’re capable of so much more than we’ve demonstrated.