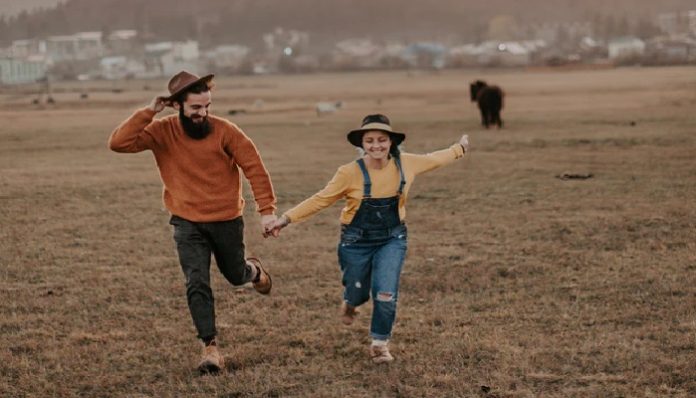 I ain’t saying she a golddigga, but do women really care about money?

In the words of Kanye West, “She take my money, when I’m in need. Oh she’s a trifling friend indeed!”’

If I asked you right now, ‘Do you care how much money your boyfriend makes?’, you’d probably say ‘no’, just to avoid sounding like a bitch. But, I could turn around and ask any man if they think women want a man with money, and they’d probably say ‘yes’.

So, what’s the truth? Do we really judge people on how much money they’ve got? Would we turn somebody down because they haven’t got it?

I asked these 8 dimes (see what we did there?) what they really think about the cash flow of their beau:

‘I don’t care if they have lots of money, or if they don’t have a job. Everybody struggles from time to time, but if they make a lifestyle out of a lack of money and don’t have any intention of getting more, I wouldn’t be interested. I’m not supporting you financially for the rest of your life because you can’t be bothered to work!’ – Jesse G.

‘Money isn’t the end of the world. There’s plenty of things couples can do that don’t cost anything. The only time it would bother me is if they’re constantly needing money or asking me to buy them everything.’ – Victoria P.

‘The biggest issue I’ve seen with my friends is when parents comment on their children’s S.O. about not having a bright future or goals, and that they should be with someone who is ambitious and trying to get a good job. But, with a lot of couples I feel like it hurts a guy’s ego when the have less money than their girlfriend, because they can’t take them out for dinner, and it’s expected for men to take care of the expenses.’ – Michelle S.

‘I’ve had issues with someone before who wasn’t ambitious at all in getting a job, or an education and I always felt like I was spending so much money on things for him because I cared, but in reality I was being taken advantage of. My dad always tells me to be the ambitious one so I don’t need to chase after a successful guy, but I also think there’s two sides to that coin; the guy has to want to be successful too! There needs to be an equal balance of ambition and success across the board.’ – Rachel C.

‘In my relationship, I have the lowest income. My boyfriend never complains but I do feel bad about it on certain days. He reassures me every time that I worry that he isn’t concerned, but we don’t always split things halfway; he usually  picks up the tab. When I do have extra, I’ll pay for dinner or drinks, or bring him coffee a work. So I guess, when you’re in the right relationship it shouldn’t be a major issue unless one of you is spending your earnings all the time. I’ll never use my boyfriend’s cards, I pay my own way, with my own paycheck, when I can.’ – Gwen P.

‘My boyfriend and I are both in school, but I only work seasonally until I get my degree while he juggles three jobs. I do a work steady job with a super low paycheck but I still pay for things as often as I can.,I don’t like the stereotype that guys need to pay for everything. We’re both ambitious people with plans to have a good paying jobs and degrees, so money isn’t really a factor in a relationship at this point in our lives.’ – Victoria G.

‘If they were trying to do something with their lives, money isn’t a problem. If they’ve got no money because they’re sitting in their parents basement all the time, that’s the problem.’ – Livi B.

‘I wouldn’t care if they had no money because I’ve been on both sides, being the rich one and the poor one. I think the only issue is when you’re using your significant other’s money all the time and not even trying to make your own. I wouldn’t care if someone didn’t make a lot of money as long as they’re happy at their job, and just happy in general. If they don’t even want to try, I would get annoyed.’ – Olivia Y.

In my unpopular opinion, it totally matters. But not in the way you’d think. Money is a sign of success, hard work, and motivation; and these are attractive traits. Who wouldn’t want their partner to be successful? Money also means it’s not a one-sided relationship, and if you’re planning a future together it’s definitely an important factor in that.

So, does money really make or break a relationship? Maybe.

Do some girls just want a man for their wallet? Probably.

But are all girls the same? Hell no.