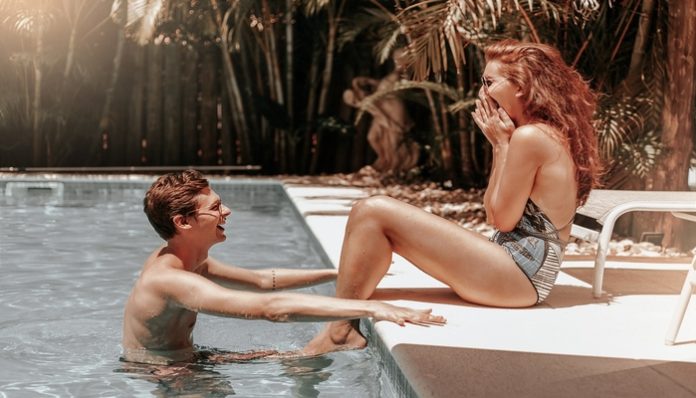 Ah, the dating life, it has its ups and downs — mostly downs — but with a little persistence, we can often find someone who we really enjoy spending time with. I am currently in a long-term relationship with a pretty swell guy, but it took a lot of years and a lot of dates to find him.

With that being said, I want to clarify that I am a straight, cis female, so my dating life has been limited to only men (sadly). I hope to not exclude anyone in the wonderful LGBTQ+ community, as I’m sure that when it comes to dating, we’ve all had similar hilarious, cringe-worthy moments.

It’s fair to admit that we all have quirks. Some of us like to talk back to the TV; others prefer total silence while watching a horror flick. However, this uniqueness can be what makes dating so difficult. With that in mind, I found some of my dates’ habits to be completely off-putting.

One particular hilarious instance comes to mind: this guy I dated had a horrible habit of making random — I kid you not — bird calls. It was practically a nervous tic for him; anytime there was a stretch of silence, he would bring his bird-calling, clasped hands to his lips and call away. When I finally brought this slightly hilarious quirk to his attention, he seemed genuinely surprised that it was annoying. At the very least, you certainly end up learning a lot about yourself when dating, especially about which habits grind peoples’ gears.

Insulting My Interests: A Big No-No

I find that, as a couple, it’s important to find a balance between your interests. One positive thing about dating is that you have a lot of opportunity to learn about something different, sometimes sparking a newfound interest in something you otherwise wouldn’t have discovered. However, there are certainly times in my dating life where I’ve had to pass on my date’s interests — or lack thereof.

One specific example that I often think back on was learning that my date didn’t “do skincare.” This comment wasn’t necessarily a deal-breaker, but it was completely mind-blowing to me. As someone who has suffered from severe acne for over a decade, I had an acne-skincare regimen that was my bread and butter.

The deal-breaker for me was that the guy constantly dismissed my skincare routine. As someone who had worked relentlessly to find what worked for my acne-prone skin and moreover, enjoyed my nighttime regimen, his flippant attitude of, “You really don’t need to do all of that,” was grating and a huge turn-off. I bet you can also guess how he felt about a full face of makeup (insert eyeroll here).

Having a Plan B

Furthermore, depending on the situation, if one of you is in a position of power over the other, you might face some serious backlash. Some experts explain that, “When a supervisor is in a relationship with a subordinate, the line between romance and sexual harassment becomes increasingly thin… the company is open to lawsuits, bad press, and unpleasant turbulence that can seriously disrupt operations.”

Breakups don’t always take the smoothest course, and while it is worth pursuing someone you have feelings for, it’s also worth thinking about the consequences, should the relationship end poorly. Going into the relationship with a plan B can make those inevitable post-breakup moments a little bit easier.

While dating can have some pretty rough moments, hopefully, you can always look back and laugh at all the hilarious mishaps, awkward moments, and total lemons throughout. In order to learn from your mistakes, you need to make some. Good luck, and stay safe!