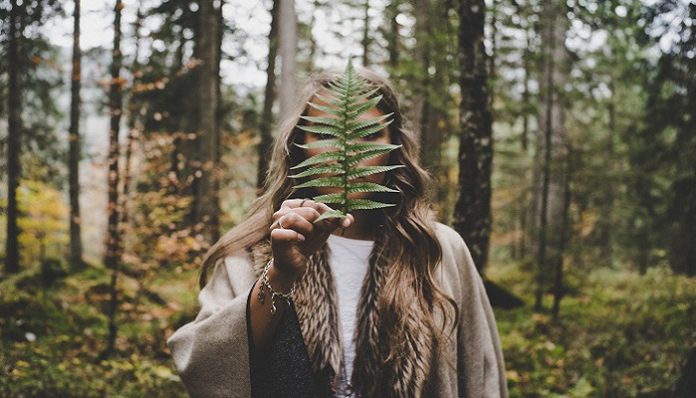 It all started with a visit to my grandmother’s house. Ever since, I’ve been thinking about how everything changes as time goes on, especially in the way of women’s rights. We say constantly that nothing has changed, women are still in the same position that we’ve always been, but is that really true?

Right now, in 2015, I am happily in my twenties. In 1975, my grandmother, Shirley was 24. We decided to sit down and compare how times have really changed since we were both fleeing our weekends away in college.

Shirley: “Dating wasn’t a thing when I was younger. We courted, and it was lovely. A man would say they’d like to court you, pick you up at your door and take you out to dinner, or dancing. Usually, we’d court for a year or so before we got engaged. If you didn’t get engaged, you’d call it off. While you were courting, you’d often be taken out on many dates, and wooed until you decided to take things further”

Today, dating isn’t really a thing either. It’s usually something that happens after you get with someone. Courting sounds lovely, really, but in this day and age, it seems so out of place. People usually meet, hook up, then get together. Dating comes later. Nobody tries to impress anybody.

Shirley “Women were supposed to get married, by their early 20’s at the latest. There was something wrong if you didn’t. A man would go and ask your parents, or your family for permission first, and then they would propose. You’d usually have a year-long engagement while you saved up for a house, and prepared for the wedding. Thankfully, I got married because I fell in love, but so many women used to get married because somebody asked their parents, and they felt they had to.”

Marriage isn’t such a big deal anymore. A lot of girls feel like they should, but people who get married young seem to get a lot of negativity and peers harping that they aren’t ready. I think it’s great that there isn’t as much pressure, but it’s also a little bit sad that people don’t meet, fall in love and spend their whole lives together.

Shirley: “Any woman who wanted to be married, or really be anything to a man had to dress respectably. We didn’t show off cleavage, or legs, because that was what the whores did.”

There’s always an argument on how women should dress, but thankfully we can seem to wear whatever we want without much consequence. I am a massive fan of short shorts and vests, and I’ve never had anyone call me a whore because of it!

Shirley: “I went to work when my children were older, but that wasn’t a normal thing at the time. We were supposed to stay at home and look after our husband, whether you had children or not. We could maybe get a babysitting or cleaning job, but it was rare to find a woman with a full time job.”

While there’s still a pay gap, women work. We’re expected to. A lot of mothers still stay at home, but there’s also plenty of working mothers (many who have no other choice). I work as a chef, which is quite a male-dominated career, but I’m still doing well. Things have really changed.

Shirley: “ We didn’t have to take exams when I was in school. You could leave at 15 years old if you didn’t want to take them. But it was weird the whole time you were there. Men were encouraged to chase a career, but as a girl we never got that. We also got automatically put in different classes. I took cooking and domestic studies, while the men took gardening and woodwork. We even had different entrances, and never sat on the same side of the classroom.”

Well, we have to stay in school now, until at least 16. Everybody gets career advice, and we get a choice of what we’d like to study. I took construction and woodwork, and although I was the only girl in the class, nobody thought twice about the fact I was there!

Shirley: “Women socialized amongst themselves, mostly. Anybody who was friends with men were seen as a slut. We would go to our friends homes, read magazines and practice the hairstyles we’d read about. Sometimes we’d take a walk to the shops, or the cinema. Every now and then we’d get taken to a dance hall with a man we were courting. We didn’t go to the pub much, it was mostly a man’s place”

Most of our fun revolves around going to the bar, or anywhere we can drink really! Women can drink a lot now, and we’re quite happy to! We still like to shop, and go to the movies, but I suppose there’s much more to do. It just all involves more money and less imagination.

Shirley: “We didn’t really know they existed. Anybody that was gay, certainly didn’t talk about it. We did have two women who got married at my old workplace, and they’re still together now. But back then, they kept to themselves.”

Lesbians are everywhere. I go to Gay Pride every year with my lesbian best friends, and It’s wonderful. Of course, some people are still judgmental towards homosexuality, but the numbers are much fewer. Sadly, It does seem to be a trend now, and people seem to be taking being gay as their only identity, rather than part of who they are.

Shirley: “My mother told my husband when they met that she’d cut his parts off if he ever got me pregnant before we got married. That pretty much sums up how we thought about sex. You didn’t have sex unless it was with someone you’d married, or were going to marry. We didn’t talk about it either, the men talked about the women they’d been with, but it was wrong for women to discuss having sex.”

We’re a lot more open about having sex. We talk about it, write about it, and make films about it. It’s  normalized now. Lots of people have sex before they’re even together, it’s very rare to find someone who reaches college without having sex. I’m not sure if that’s empowering or quite sad.

Looking back, there’s no arguing that things have changed for women in the last 30 years. In many ways, things have changed for the better – we have more career prospects, and we aren’t defined by our status amongst men. But, are we losing something? Is getting married young and spending a lifetime together such a bad thing? I would be ecstatic to have someone ‘court me,’ and take the effort to get to know me before we jump into bed together. Either way, time changes everything and who knows what another 30 years could bring?